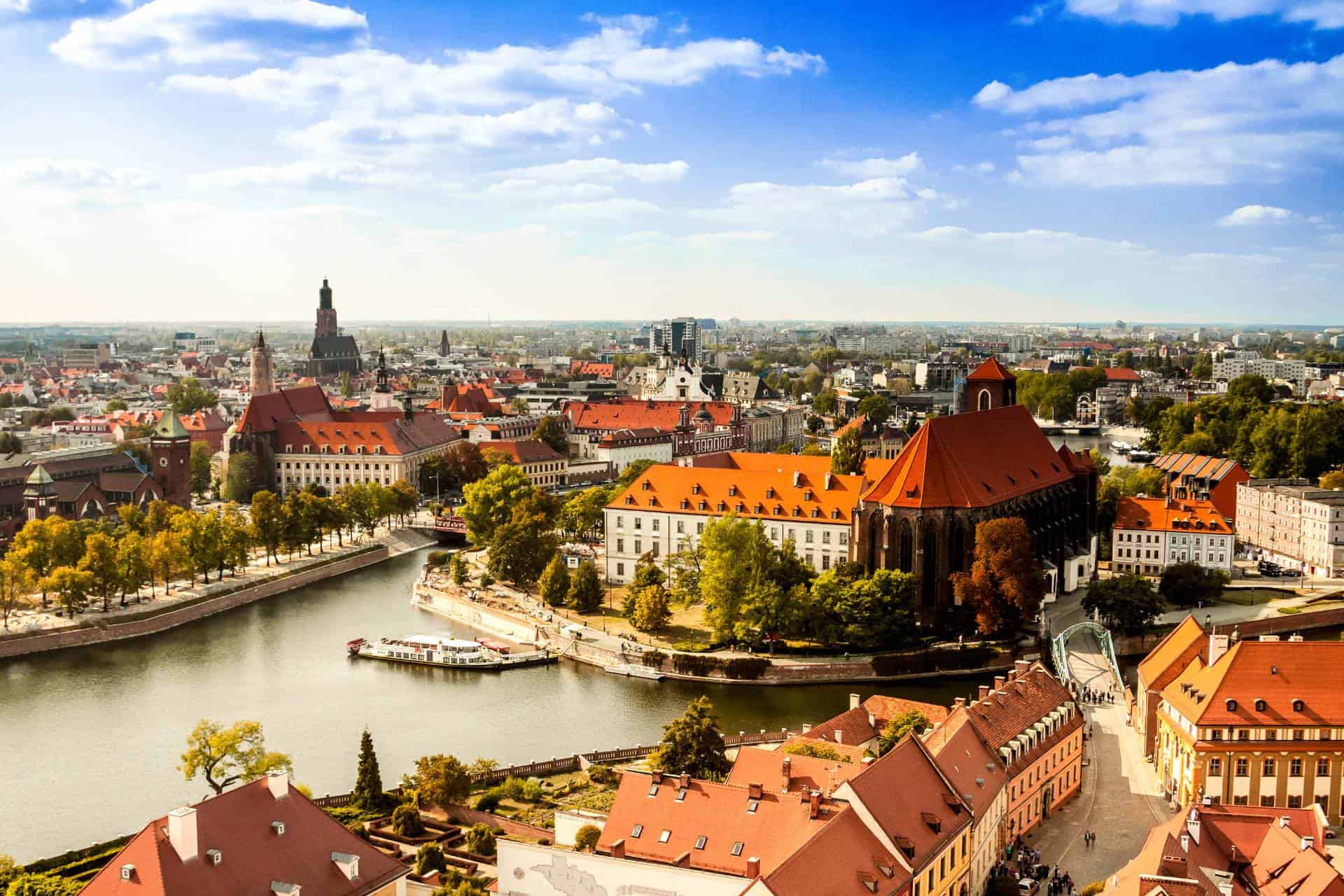 A city found in the southwestern part of Poland, the historical capital of Silesia, a historical region covering parts of Germany, the Czech Republic, and to the largest extent, Poland. The city has a long and varied history, spanning almost over 1000 years.

Nowadays Wroclaw stands as a university city, with around 130000 people of the population being university students. This makes it the most youth-oriented city in Poland, to such an extent that every fifth person you’ll meet is currently enrolled in a university.

If you wonder why so many young people gravitate to this city is because the University of Wroclaw has been renowned for its quality of teaching for decades. Since the 20th century, the university has produced 9 Nobel Prize laureates, making it an attractive and prestigious university to attend.

But that’s not where the allure of the city ends, as it is categorized as a power city, placing in the top 100 cities in the world for quality of living and the top 100 smartest cities in the world. Not to mention the wonderful historical landmarks that are listed under the UNESCO list of World Heritage Sites.

The aforementioned historical landmarks include the Centennial Hall, Cathedral Island, and the Main Market Square. The first, Centennial Hall, was built when the city was a part of the German Empire. The building was designed to be a multifunctional venue, from concerts to exhibitions, opera performances, and even sports events.

The building is an interesting reinforced concrete Four Dome Pavilion that has been recognized as a historic monument. While the pavilion stands as a modern treasure for the city, the Market Square stands as an antique one.

After its construction, the square slowly saw buildings getting built in it, eventually creating a closed area, which defined the size of the market. The various buildings also showcase different eras of the area, from the Old to the New City Hall, to regular citizen households.

It’s a beautiful market that still hosts independent markets for various events and celebrations, like the Christmas market.

The town is full of medieval architecture, from Churches, archways, small houses, and unsuspecting residential buildings that have survived the hundreds of years. And there is nothing better than some authentic central European food in hand with the remnant of the past.

In the case of Wroclaw, you are in for everything Poland has to offer. From authentic Polish dumplings to hearty and filling goulash, to potato pancakes and chicken or beef broth. Authentic European cuisine is an excellent fit for a somewhat medieval setting, and if you ever thought what it would feel to feast like a well-off mercenary or inn owner, no better place to do so.

Situated in Central Europe, the region is not really known for its weather, at least if hot summer nights are what you’re looking for.

This means, that more likely than not, you are bound to see some snow, and what fits better than a medieval backdrop, a wonderful layer of snow, and a hearty wonderful meal.

If you want to peek into the wonderful city of Wroclaw, feel free to take a look by using one of the free webcams you can find on this site!