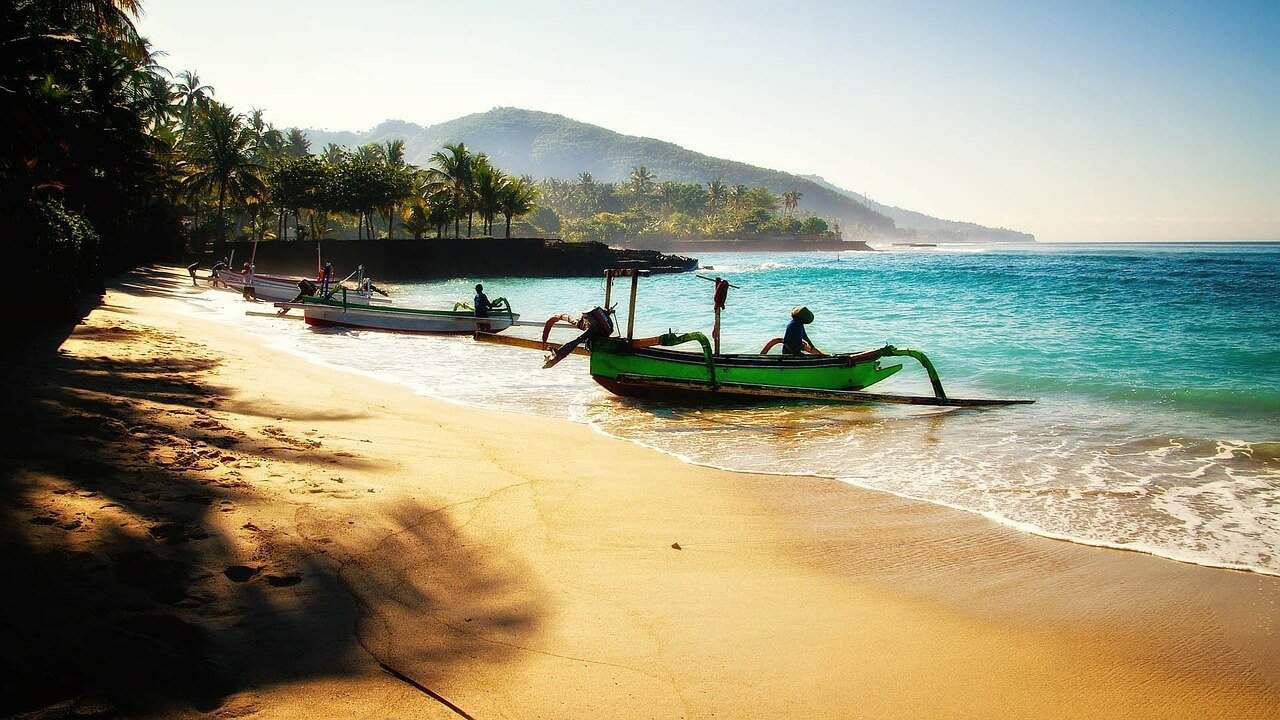 Webcams on Bali in Indonesia

Bali is Indonesia’s greatest tourist destination for a reason. This famous spot has been memorialized on the big screen in movies, in books and written about for centuries.

The island of Bali lies 3.2 km east of Java and is only 8 degrees away from the equator.

Java is separated from Bali by the Balinese Straits. It has beautiful mountain ranges. Mother Mountain (Mount Agung) is the highest peak at over 3,031 M. Mount Agung is also an active volcano that last erupted in 2017 causing mass evacuations.

The volcanic activity on this island has fostered in the lush green fauna and created a stunning landscape.

Being so close to the equator means that the year-round weather changes very little. The average temperature is a balmy 30c with 85% humidity. December to March is Monsoon season. The rain is drenching and seemingly never ending. Tourism takes a dip dramatically during this time of year.

The natural beauty of Bali is one of the biggest draws and a live webcam of Bali can take you there. It is a part of the Coral Triangle and is rife with sea life which draws divers and other sea lovers to its shores. The coral reefs in the region are one of the largest. It is rich with over 500 coral building species making it larger than all the coral reefs in all the Caribbean combined.

Bali is well-known for its crystal-clear waters and white sand beaches. Bali is the place most people envision when they envision a tropical paradise!  Bali is also home to black sand beaches that are less of a tourist hot spot because they have not been as developed as some of the other beaches.

This is the island that has something for everyone. Mountain ranges rich with vegetation, tropical beaches, bustling cities and ancient temples for exploring. People come to Bali to scuba dive, hike the mountain ranges, enjoy the peace and tranquility of its beauty and to experience its unique culture.

Bali has interesting politics. There are 10 separate kingdoms or ruling houses that make up the Confederation of Kingdoms, however the Indonesian government do not recognize the power of the Kingdoms.

It has been established since 2000 BCE in one form or another. In modern times there were 9 Hindu Sects that called Bali home so there is a long rich culture to Bali as well as the aesthetic beauty. A king did not appear till around 911.

There is a cultural diversity on Bali that has been influenced by the Chinese, Hindu religion and Indian culture.

It was not “discovered” by outsiders until 1512 when a Portuguese expedition stumbled upon it. That first discovery led to years of occupation by other countries, including Japan and the Dutch. It was not until 1946 that Bali gained its independence once more.

Watching the webcam may help you to catch a glimpse of the “crab eating monkeys” that roam around Bali and like to hang out around temples and places occupied by humans to get a free meal. The locals call these monkeys actual Macaque, Kera. They are friendly and sometimes bothersome but there antics are always fun to watch.

The temples of Bali are often dedicated to the worship of animals. There are three forest temples for the Macaque and a bat temple as well.

Whether you are a people watcher, or you just want to experience Bali first hand but cannot afford the travel now a Bali live webcam can take you to the center of the action.