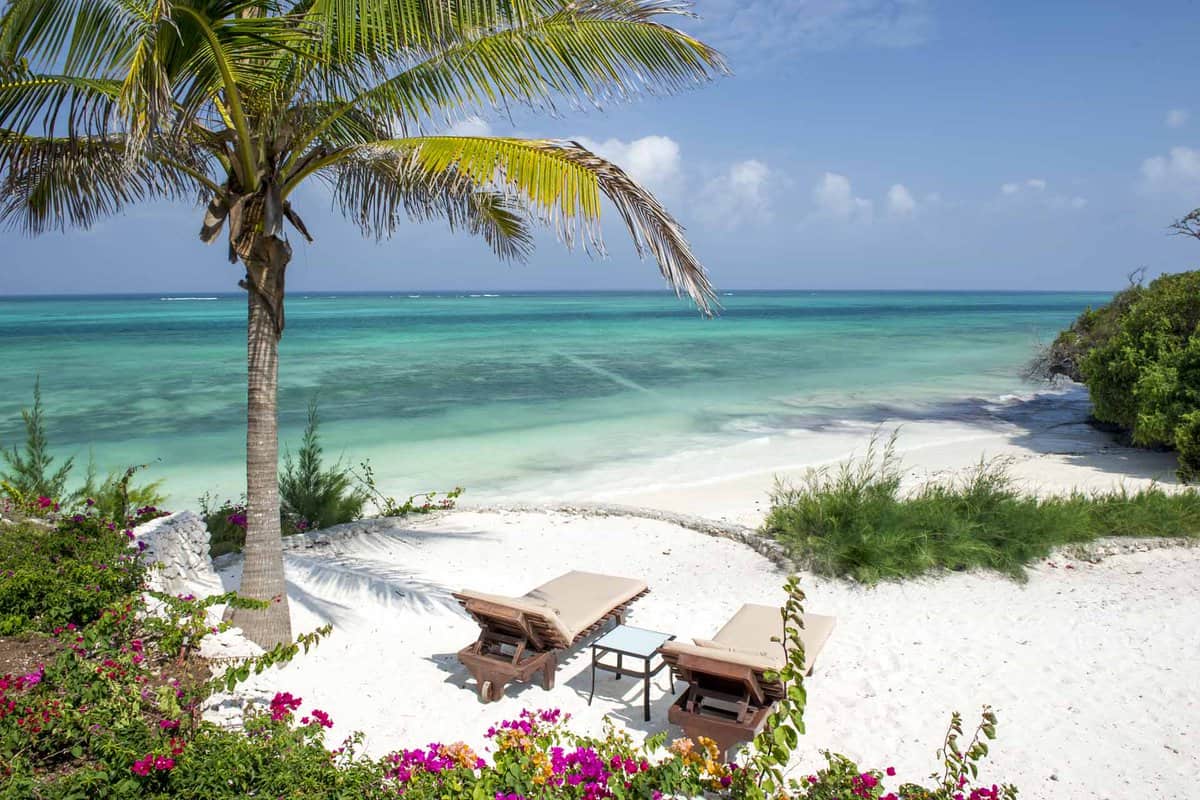 The semi-autonomous archipelago in the Indian Ocean – Zanzibar, is the biggest island found near Tanzania, East Africa and is well known for its spices, raffia, wildlife, and tourism.

When it comes to wildlife, the island is rather important, as it is home to endemic Zanzibar red colobus, servaline genet, and the extinct or rare Zanzibar leopard. Zanzibar is split into two islands, Unguja and Pemba, the former one serving as the largest island of the archipelago.

This also means that it is the main hotspot when it comes to wildlife. It is home to the aforementioned Zanzibar red colobus, which is considered the rarest primate in Africa, with around only 1,500 existing. They were isolated on the island for around 1000 years.

The island doesn’t have big animals, the wildlife being mostly composed of monkeys, bushpigs, small antelopes, etc. Pemba, on the other hand, is quite restricted and even more isolated from the mainland, most notably being home to the Pemba flying fox.

As a tourist destination, Zanzibar is rather overlooked, not charting that high when it comes to yearly visits, but when it comes to a holiday getaway, you can find almost anything you would have on a bucket list – large, clear world-class beaches, colorful blue water, and nice tropical climate.

Not to mention, that a visit to the islands will not cost you that much, with trips of under $30 a day being more than possible. If you were to look up images taken on the island, your imagination is bound to go wild on planning your next trip.

One of the most popular attractions you might find on the web regarding the archipelago is Stone Town. It is the old part of Zanzibar City and showcases the many historical periods the city and country as a whole had to go through.

The island had loads of cultural influences from colonizers and traders from India and Arab countries to the effect slavery trade had on the island. Due to the mix of African, Arabic, and colonial styles packed into one city, you are thrown right into a mix of interesting and colorful architecture.

Due to this, Stone Town has been declared a UNESCO World Heritage Site in 2000. That might explain why the old town is such a popular location to visit, as it serves as a one-stop-shop for history, heritage, and influence found on the island.

Spice is a large part of the Zanzibar trade and serves as its largest and most profitable industry. On a visit, tourists get a chance to choose from a variety of tours to explore the winding streets with expert tour guides who will make sure to inform you of the origins of the industry, as well as teaching guests about the wide variety of spices that Zanzibar produces and trades in.

The amount of spice produced in the islands has earned it the nickname of the “Spice Island“, as Zanzibar produces lots of nutmegs, cloves, cinnamon, cardamom, lemongrass, saffron, and more. This trade spans through the entire history of the region and links back to Sumerians, Assyrians, Egyptians and the Chinese, Indians, and Persians.

And even though not talked about as much, along with the spice, the island also grows plenty of fruit, from coconuts to pineapples, passion fruit, and much more. So if you find yourself on the island, make sure to enjoy yourself with the plenty of natural products found and produced on the land.

An interesting stop for your visit is Prison Island, once a very dark and cruel place, not converted into a tourist attraction and serves as home to large tortoises, with some as old as almost 200 years old.

The archipelago has many interesting corners just like this, making it a great destination for its nature, heritage, and exotic wildlife. But if you don’t feel like traveling to a tropical dream getaway just yet, feel free to take a look by using one of the free webcams you can find on this site!