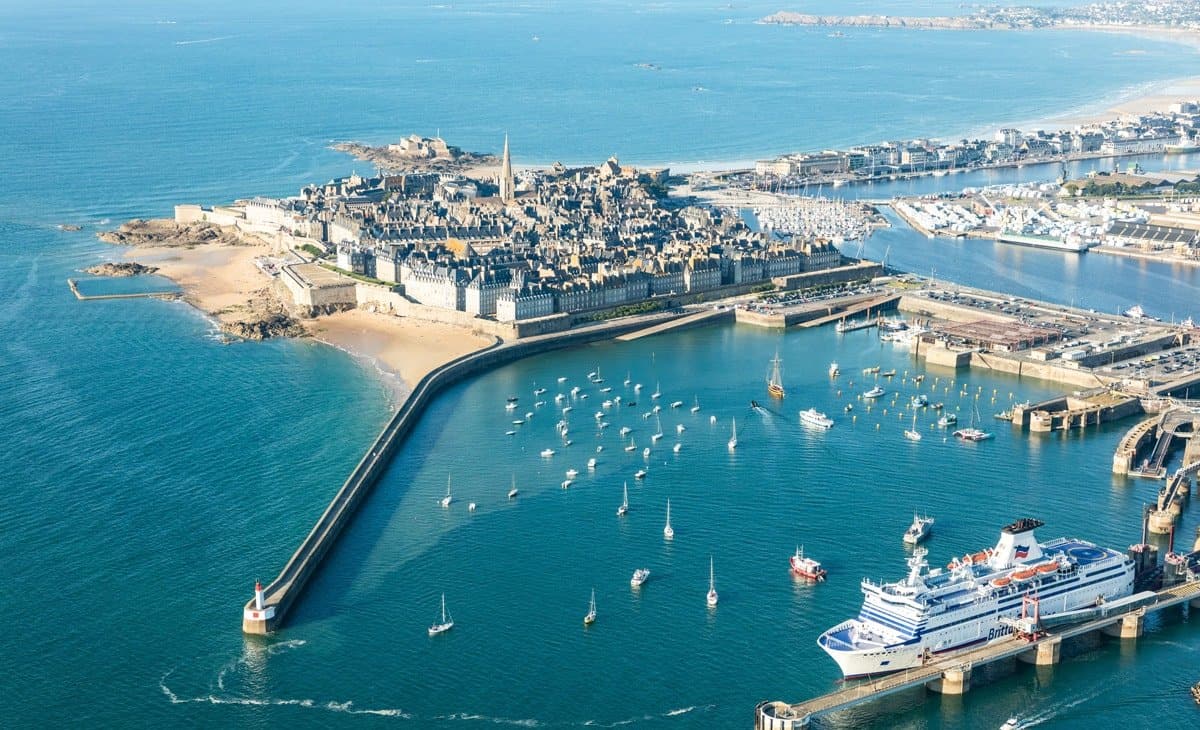 Saint-Malo is one of the few places in the world where you can truly feel that you’ve traveled back in time. The city, that stands as a historic French port in Ille-et-Vilaine, Brittany on the English Channel coast is quite literally a fortress.

It’s not all looks either, the walled city has a history worth a novel of its own – a long history of piracy, earning wealth from local extortion and overseas adventures. 1944 saw the Allies heavily bombarded Saint-Malo, which was garrisoned by German troops, and that’s just the surface of what secrets hide in the seaport.

The city has now changed into a popular tourist center, with a ferry terminal serving the Channel Islands of Jersey and Guernsey, as well as the Southern English settlements of Portsmouth, Hampshire, and Dorset. If you live nearby and still haven’t visited the location, just a trip to admire how the historic city looks is worth the price.

Once you’re in the city, one of the first sights to see is most likely right in front of your eyes – the Saint-Malo Walls. The fortifications protect the entirety of the old part of Saint-Malo and form a circuit of 1.75 kilometers.

They were started all the way back in the 1100s, refreshed to combat new military technology in the 1600s, and then expanded again up to the mid-18th century.

If you choose to take a walk around the city walls, make sure to have an open mind to soak up all of the history, because every gate, bastion, and the view has a story to tell.

If you go up, you’ll be met by great panoramas of the sea, the Grand Bé island, Fort National and Dinard across the water, and the magnificent granite homes of the city’s wealthy ship-owners, and if you make your way down, you will see shops or crêperies that might take your fancy.

If you enjoy nicely put together neighborhoods with architecture that offers some character, Paramé is a great place to take a walk. The district next to Plage du Sillon, northeast of the walled city, had grown rapidly in the late 19th century – furnishing it with many stunning Belle Époque villas.

The homes were built by wealthy holidaymakers, who gave free rein to their sense of whimsicality. With just a little bit of planning, you could have a little walking tour of this leafy neighborhood, stopping to see fabulous houses like Villa l’Argonne on Boulevard Chateaubriand, which has a stunning octagonal tower and a pattern of alternating glazed and red bricks.

Most of the villas found in the neighborhood have something fun to offer and is a good example of what happens when you give the rich the freedom to do what they want when it comes to community building. But if a more “posh” approach is what you are looking for, the Les Malouinières are five lavish houses that the ship-owners that accumulated their riches during the 16th to 19th century have left behind.

All of the buildings are open to the public to different amounts during the summer. One of the most accessible out of the five has to be Puits Sauvage, which has been in the same family for more than 200 years. It is quite a sight, especially when you place yourself in the position of an entrepreneur from the 16th century.

When it comes to the local cuisine, it is no surprise that seafood plays a major role in Saint-Malo. Cancale, Brittany’s oyster capital, is minutes east of the city and is definitely worth a look as the oyster fame goes back to Roman times when they were eaten by the Julius Caesar’s legions, while Louis XIV had them expressly delivered from this town every day.

And even if that doesn’t excite your taste buds, you might still be interested in visiting the area, as crêpe is almost synonymous with Brittany. Either sweet or savory, you might not be able to find better anywhere else in the world.

But if a trip back in time, with great scenery and world-class food doesn’t sound enough just yet, feel free to take a look by utilizing one of the free webcams you can find on this site!