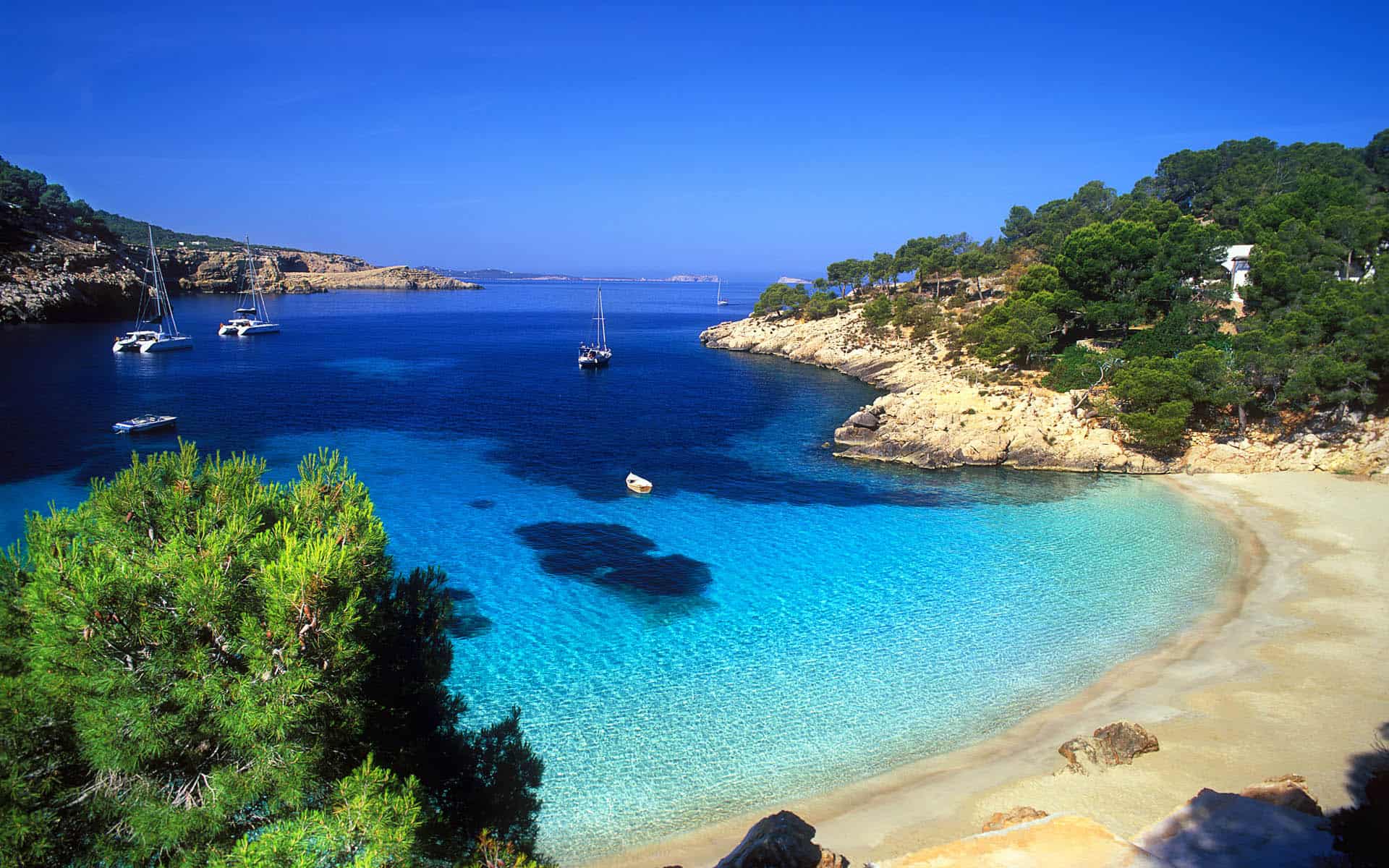 Ibiza is the world-famous island on the Mediterranean Sea off the eastern coast of Spain. It has captured people’s hearts all across the globe through film, music, and its own culture.

You might be shocked to meet a person that has not heard of this famous party destination and your reaction wouldn’t be that outrageous, as the islands and its similarly named town have gained a lot of notoriety over the years, most commonly, for being the wildest destination for a night out.

So it might as well comes as a surprise that even though mainly known for its party scene, large portions of the island are registered as UNESCO World Heritage Sites, and are protected from the development and commercialization of the main cities.

A notable example is the Renaissance walls of the old town of Ibiza City, which were awarded UNESCO World Heritage Status in 1999.

They are one of the world’s few Renaissance walls that were left as they were, and part of the medieval wall is still visible.

At “God’s Finger” in the Benirràs Bay, there are some of the more traditional Ibizan cultural sites, like the remains of the first Phoenician settlement at Sa Caleta, while other sites are still under threat from the developers, such as Ses Feixes Wetlands, but this site has also been recognized as a threatened environment, and it is expected that the right steps will be set in place to preserve the wetland.

When it comes down to more traditional Ibiza activities, the island has many, many great beaches that are heavily associated with the island itself and the many activities partaken by wild, youthful groups of people, that give the island the reputation.

Playa d’en Bossa, Talamanca, Santa Eulalia, Cala Comte, and many more, serve as great locations for many travelers every year.

In fact, the resort sees over 3 million people visit the island every year, while the actual population of the islands is quite a bit more modest, at only around 150000. From the surrounding European countries, the United Kindom makes up the largest amount of tourists, beating Spain by around 15%.

Crunching down the numbers, you can see that 1 in 10 people in the UK visits Ibiza every year, which is quite a fascinating number.

Being so popular, there is not that much that is not already known about the island. But there are plenty of hidden gems to discover nonetheless. The Es Aamunts Natural Parkland is a beautiful and underrated location. It is a 15,000 hectares protected parkland.

The rugged coastline, mountainous peaks, fields, and an abundance of indigenous wildlife make it a breathtaking location to take a walk across or just sit down, relax and soak it all in. The coastal areas of Cala Xarraca and Cala Salada are easy to explore and it covering a quarter of the islands, there are plenty of things to discover.

The Village of San Juan, for example, is an almost time capsule-like location, with beautiful white buildings that seem to be stuck in time, showcasing some of the most unique architecture in the Balearics. It is almost a completely bran free zone, that offers an amazing opportunity to get away from the brand image of the modern society, at least for a moment.

And the last, but most likely the most precious hidden gem of the island has to be the many hidden beaches. Ibiza is world known, so are the common hangout spots, so wanting to escape the large crowd and find a quiet place for yourself is more than understandable.

The good news is that there are plenty of smaller or less known beaches that don’t get as crowded with tourists, with some even looking like secret otherwordly escapes. And with the local climate, you will be more than likely to seek a relaxing and cooling spot near the water.

The summer months see the local temperature reach around the high 20s to 30 degrees Celsius and barely goes below 10 degrees year-round, even during the winter months.

To say the least, Ibiza is a world-class destination that will be familiar to many, but if you don’t feel like dealing with the crowds, you can always take a look at the famous islands using one of the free webcams you can find on this site!