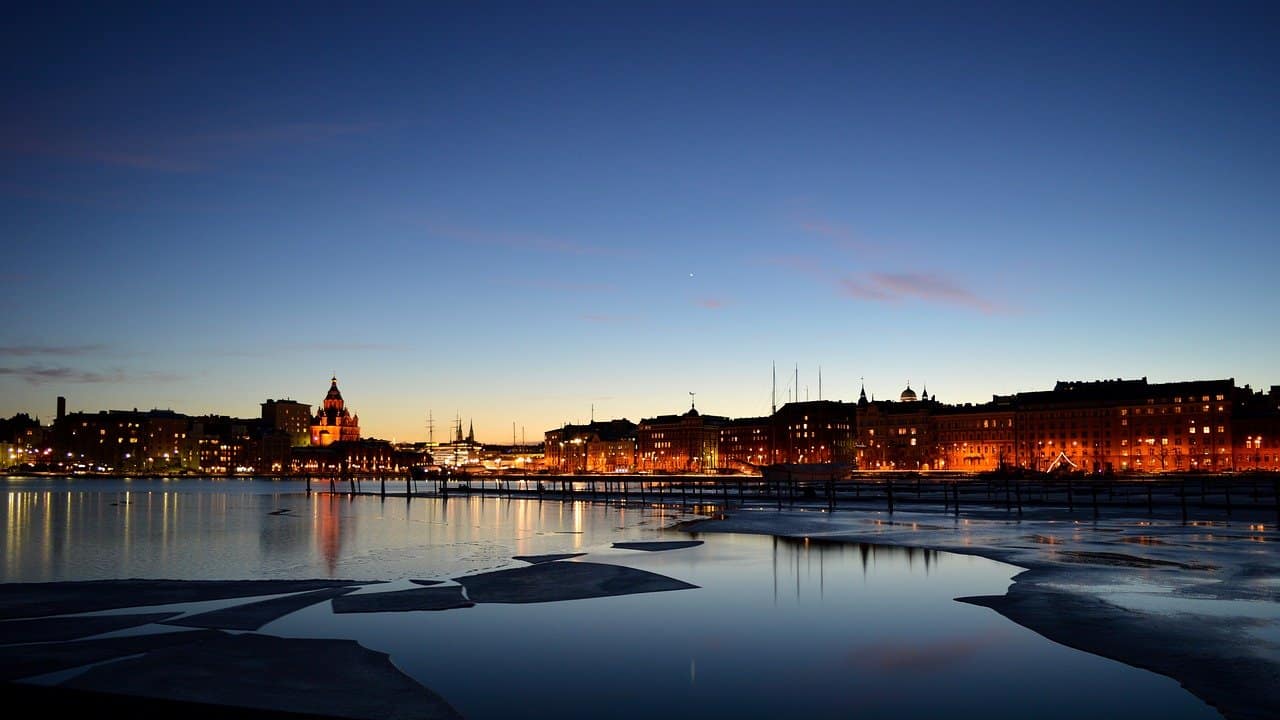 The Helsinki live cam allows you to take a look at the most populated city in Finland. This Finland web cam lets you see in real time what is happening in Helsinki.

HQ Live Webcam View of Port from Helsinki in Finland.

Helsinki is the capital city and enjoys a robust commerce.

With a population of approximately 1.5 million people, this bustling city on the Gulf of Finland, has plenty to explore.

Helsinki is the third largest city in the Nordic countries. It enjoys one of the highest standards of living in the world for urban areas. It was ranked 9th on a list of 140 cities around the globe for quality of life. This city is rich in culture that dates back to its founding in 1550.

It is home to at least 9 well-known museums that display everything from historical artifacts to modern art. Three theaters and two fully outfitted symphonies give visitors and locals plenty to do. The only opera company in all of Finland calls Helsinki home.

Ice hockey and football are the most popular sports in the capital city. It is home to the only metro system in Finland. Visitors swarm the city during the Helsinki Festival every August. The art festival is a big tourist draw.

Top Attractions: Suomenlinna islands are a 20 minute ferry ride and considered a part of Helsinki. Market Square (Kauppatori) is a popular outdoor market in northern Europe. Right outside of the city is Seurasaari accessible by a foot bridge, a charming outdoor museum with old buildings.  Sibelius park and monument. Uspensky Cathedral is a stunning cathedral that is a must see. Linnanmäki amusement park and more.