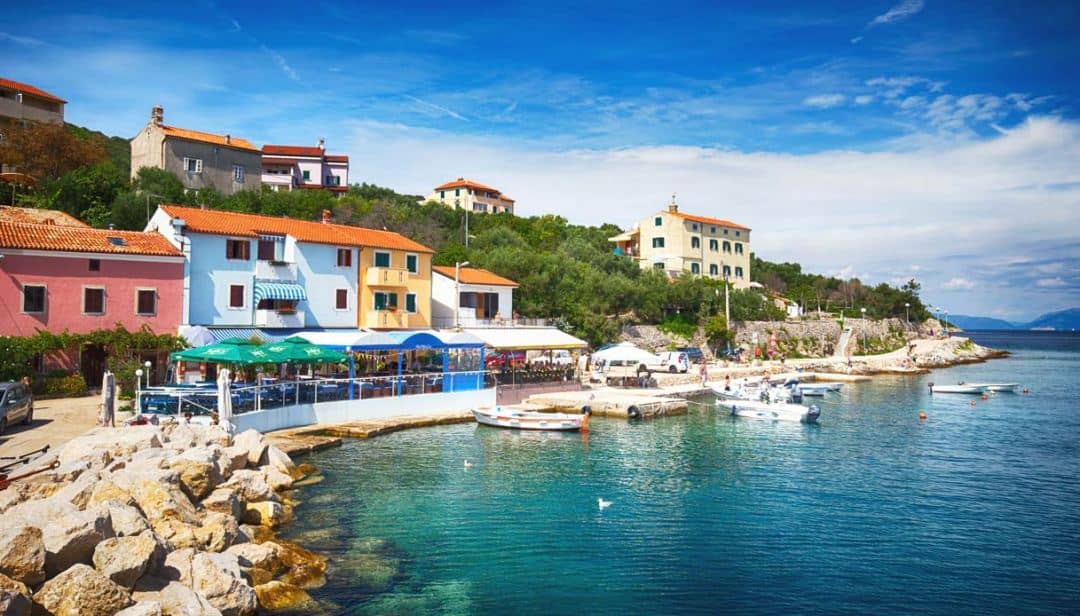 Webcams from Cres in Croatia

Cres – a small island tucked away on the Adriatic sea in Croatia with only around 3000 living in it, has much more to offer than you would expect.

The island is beautiful, holding heritage from as far as the Paleolithic time period, now being a wonderful holiday destination, with clear water, clean beaches, and timely architecture.

One of the signs of the long-running history of the island can be seen in the name itself as its name predates classical antiquity and is derived from Proto-Indo-European. The city of Cres was founded by Greeks, later ruled by the Roman Empire, Venetians, Austria, Yugoslavia, and nowadays is under Croatia, as that is where the island is located.

The city of Cres is quite interesting as well, the city itself is pretty much the bay, as its town docks come directly into the middle of the city and are filled with boats. In the center, you can also find a market, where people are selling all kinds of homemade goods, alongside shops and restaurants, where you can sit and see the boats come in and out of the bay.

The city is also home for most of the island’s population, as out of 3079 people living on the island, 2879 live in the city of Cres. The island has several villages that are connected by a road that runs down the middle of the island.

The island is beautiful, featuring clear water with many beaches and mountainous scenery that is sprawling with life. With many cheap hotels and lack of a large core population, Cres is a quite and breathtaking getaway that might be the perfect fit for a vacation. Some websites have even coined the phrase “no stress in Cres”, as the island is a dreamy destination that is perfect to contrast with the modern metropolitan lifestyle.

Taking the history of the island into consideration, there are quite a few sights that might be worth a visit. The Cres Tower, found at the end of the old city, is a stone defense tower that might not be the biggest but is a part of the local history that is worth a visit. It also provides a great view of the city.

The Church of St Mary of the Snow is a Cathedral with influences from the Renaissance era. It is a triple nave structure that was constructed on the foundations of an older church in 1554. The church has many aspects that are worth a look, that span multiple centuries. Like the Gothic statue of Our Lady of Consolation from the 15th century, painting of Our Lady from the 15th century, and much more.

Another great aspect of the island is the multiple beaches you can find around the shoreline. The Orlec Beach, Mali Bok, and Plava Grota are great choices for a relaxing spot to wind down. All of these locations have their own unique traits, but they share the great clear water and the mountainous scenery.

The crystal clear sea, an occasional cave, and high, steep mountains create a great atmosphere that is really easy to get lost in. The climate on the island is quite varied, so the winter months can get quite cold, but the summer sees quite stable cozy weather, peaking in the mid-20s (Celsius).

The winter weather drops to around 5 degrees Celsius, so it gets quite chilly, yet not cold enough to see the island covered in snow.

If you decide to spend some time in Cres for a vacation, the hotel variety is nice, ranging from the typical higher-end hotels, that stand out from a mile away, to more authentic hidden gems, that melt with the local scenery.

The great part about all this is that the price does not fluctuate that much, so it is more of an aesthetic/atmospheric choice that you can make, without hurting your wallet. But if you just want to catch a fast look at the scenery, feel free to use one of the live webcams that you can find on this site!