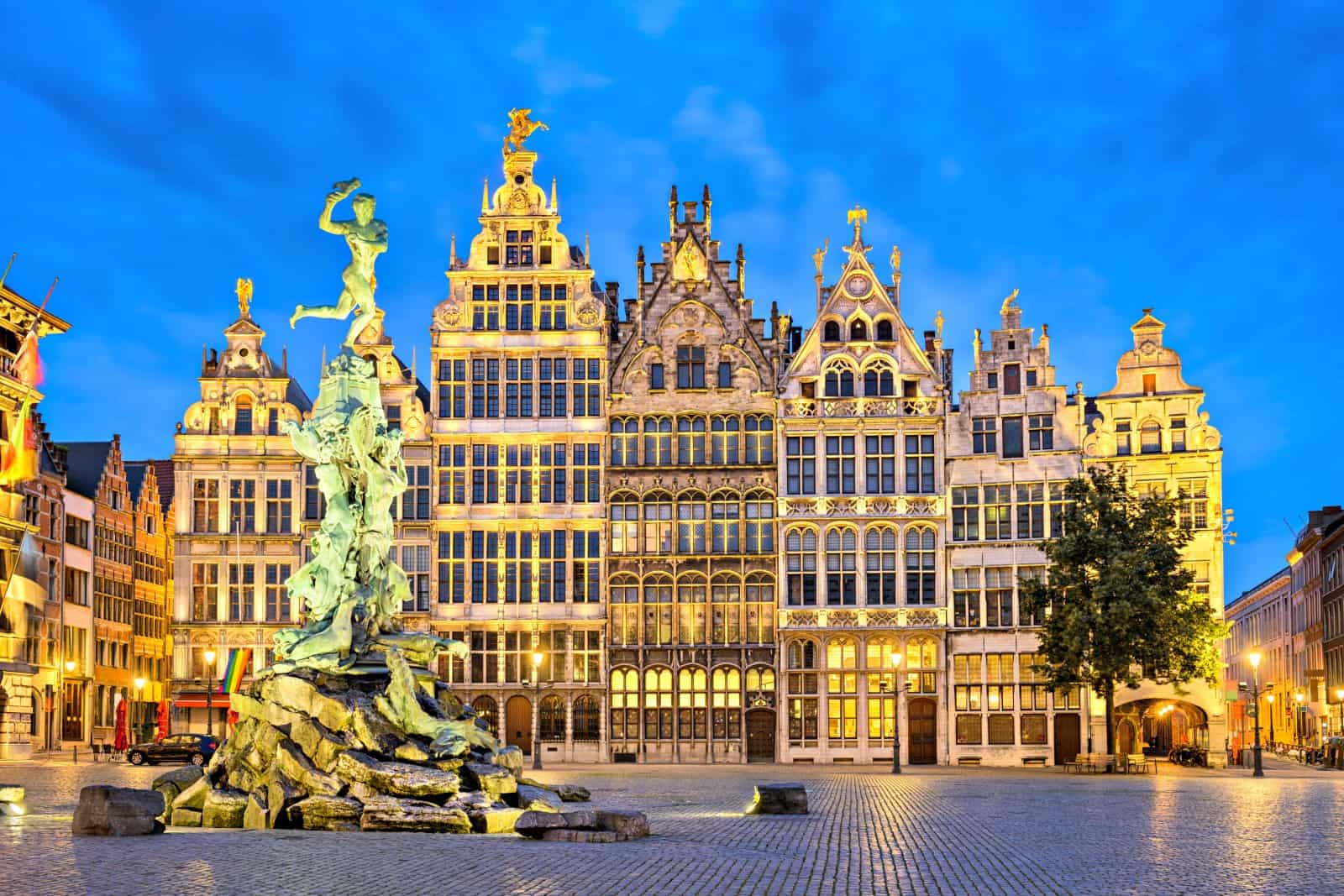 Antwerp stands as one of the most populated cities in Belgium and serves as the capital city of the Antwerp province.

The city has quite a few achievements under its belt and is one of the more important cities across Europe. To begin with, the Port of Antwerp is one of the biggest in the world and the second-largest in all of Europe.

HD Live Cam from Grote Markt, the Central Square in the City of Mechelen, in Belgium

The city is also quite well known for its diamond industry, which can be easily observed in the diamond district, where 85 percent of the world’s rough diamonds pass through annually. Just to put it in perspective, such a turnover can easily reach 60 billion dollars a year.

The city has a long history of diamond trade as the first diamond cutters guild was introduced in 1584 and in the last almost 450 years, the industry has greatly grown and prospered.

When it comes to the aspect of tourism, you’ll find plenty to do – from museums to unique places to visit and much more.

For example, if you’re out on a walk in the evening as the sun is passing through the horizon you might easily notice The Cathedral of Our Lady, which is Belgium’s largest Gothic church, that at night is beautifully illuminated by hundreds of lights, so you are bound to notice it.

Another striking building you might find on your walks around the city is Antwerp’s municipal museum, which has a nice modern design.

Inside, you will find exhibits covering a plethora of interesting topics relating to the local area, like the gastronomic history of the city, Antwerp’s former role as the largest trade and shipping port in the world, and more, including international topics, as explorations of mankind’s approach to death and spirituality throughout various cultures, as well as the ways that cultures around the world celebrate rites of passage, which is definitely a different take for a museum and makes it an interesting place to visit.

If a museum that highlights old architecture instead of new, the Plantin-Moretus Museum is the right choice. It is a supreme example of Flemish Renaissance architecture, with the original furnishings, wide-ranging exhibits, and above all, the still tangible atmosphere arising from the proximity of home and workplace make this museum one of Antwerp’s most fascinating tourist attractions.

Keeping up with the theme of historic architecture, the Rubens’ House is quite a striking sight to behold. The house has gone through many changes and owners, starting as a split personal project by Peter Paul Ruben, considered the most influential artist of the Flemish Baroque tradition, who made his home to the left of the entrance and turning the right-wing into his studio.

After the French Revolution, it was used as a prison, thereafter falling more and more into disrepair. After being acquired by the city of Antwerp, between the years of 1939 and 1946, the building was meticulously restored with the aid of old documents and drawings.

Nowadays, the building is a popular tourist destination. The ten rooms are furnished in the style of the period and contain numerous original paintings – which include works by Rubens, as well as by Snyders, Jan Bruegel, Veronese, Jordaens, and Otto Venius.

The climate normal to Europe, but not really an aspect potential visitors might rave about, the temperatures change throughout the year, starting at around 4 degrees Celsius at the start of the year and reaching around 18+ degrees Celsius during the summer months.

The weather is bound to be pleasant if you’re used to the more subtle European weather. But most people know that the Belgian climate is not the main attraction to most – what the country is famous for is its chocolate.

Located just across from Antwerp’s Central Station, Chocolate Nation is the largest Belgian Chocolate museum in the world. If you choose to visit this location, you’ll be introduced to every single step of the process with presentations and interactive exhibits. From the cocoa bean’s tropical origins to the final product which you can enjoy to your heart’s content via samples and the museum shop.

If you love chocolate, it would be a waste to not visit this institution. But if you already had a few too many chocolates, feel free to take a look by using one of the free webcams you can find on this page!