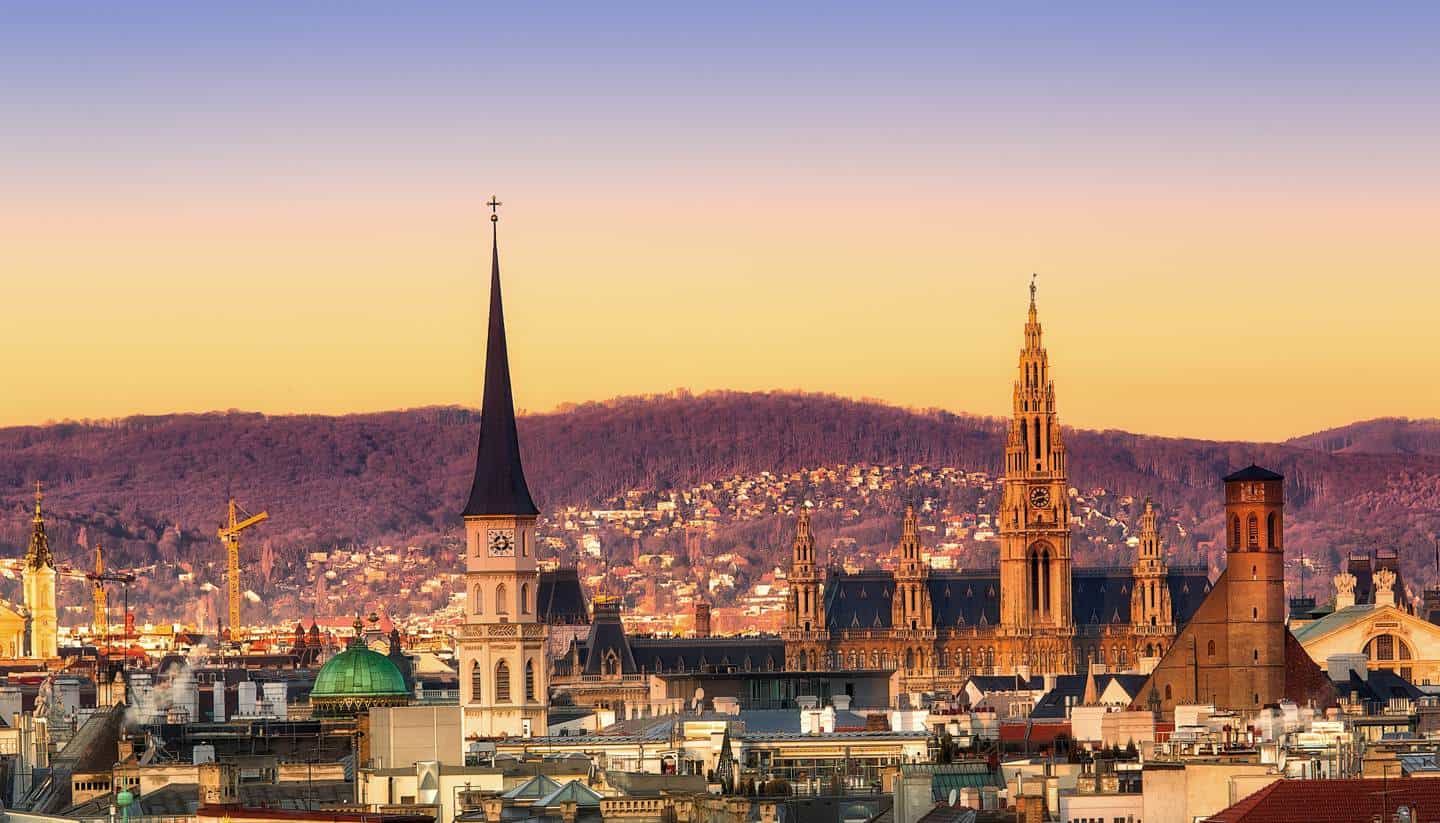 Known for its wine, music, architecture, and plenty more – Vienna, the capital and the largest city of Austria is a wonderful European getaway for anyone interested in culture.

Dating back to the Roman Empire, the city was originally established as a military camp exactly where Vienna’s city center stands today. The humble site grew and became an important trade center in the 11th century.

And once it landed under the Babenberg control, it soon became just as important cultural hub of Europe. This long and colorful history of the city has left it with many interesting and fascinating pieces of history.

For example, the city served as the center for classical music, with world-renowned musicians Mozart, Beethoven, and Haydn forming the First Viennese School, the forefathers of classical music. To music academics, this alone might be a large reason to visit the city, as a trip to Haus der Musick might just give you the best insight into how these wonderful musicians shaped Vienna into the center of music during the Classical era.

For any lover of architecture, Vienna has to be one of the most fascinating places in the world. While Austria’s long reign of influence in European history has left it with many gorgeous architectural artifacts, it also stands as one of the leaders in modern architecture with some of the most interesting and unique buildings found all across the globe.

While the Library and Learning Centre building found near the Vienna University of Economics and Business offers a look at the futuristic and contemporary outlook of modern Vienna’s architecture, the city is also home to historic buildings like Schönbrunn Palace and the Belvedere Museum that give you the glimpse into the glamorous history of the city and the immaculate condition of these buildings make it the prime place to treat your eyes with Classic architecture and its beauty.

Austria and its capital city are bursting with culture, so it almost hard to pinpoint individual aspects that deserve the spotlight more than others, but one of the aspects that make Vienna interesting gets rather overlooked – its wine industry.

The city of Vienna has a long history of winemaking, dating back to the Middle Ages. What makes Vienna unique is that it is one of the only capital cities to grow and develop wine within its city limits and the fact that its wine is now recognized as one of the classic wines of the world. While not close to the amount of produce other countries boast, Viennas wine stands as a wonderful luxury for the already astonishing city.

While Vienna is not known for its beaches, as the closest seashore is over 500 kilometers away, it doesn’t mean you can enjoy a nice cold drink on a lovely plot of sand.

While not the sea, the city has a river, that during the summer months becomes host to plenty of great riverside beaches, not to mention the many great and high-quality open beaches that open during the warmer months, many of which are either integrated with some level of other resort-like offerings or nearby the river, which enables you to participate in some water sports, like rowing, paddling or boat-aided surfing.

And with the summer months reaching a comfortable 20 degrees Celsius, it makes for a great way to relax after the plethora of cultural exploration options.

Austria has plenty of top-notch things to offer, from its nature to heritage and tradition. Vienna, as its capital city greatly represents what the country stands for and its long and fascinating history, and when it comes to Europe, it is more than worth a visit.

But if you don’t feel like delving deep into European Classical history just yet, feel free to take a look by using one of the free webcams you can find on this site!