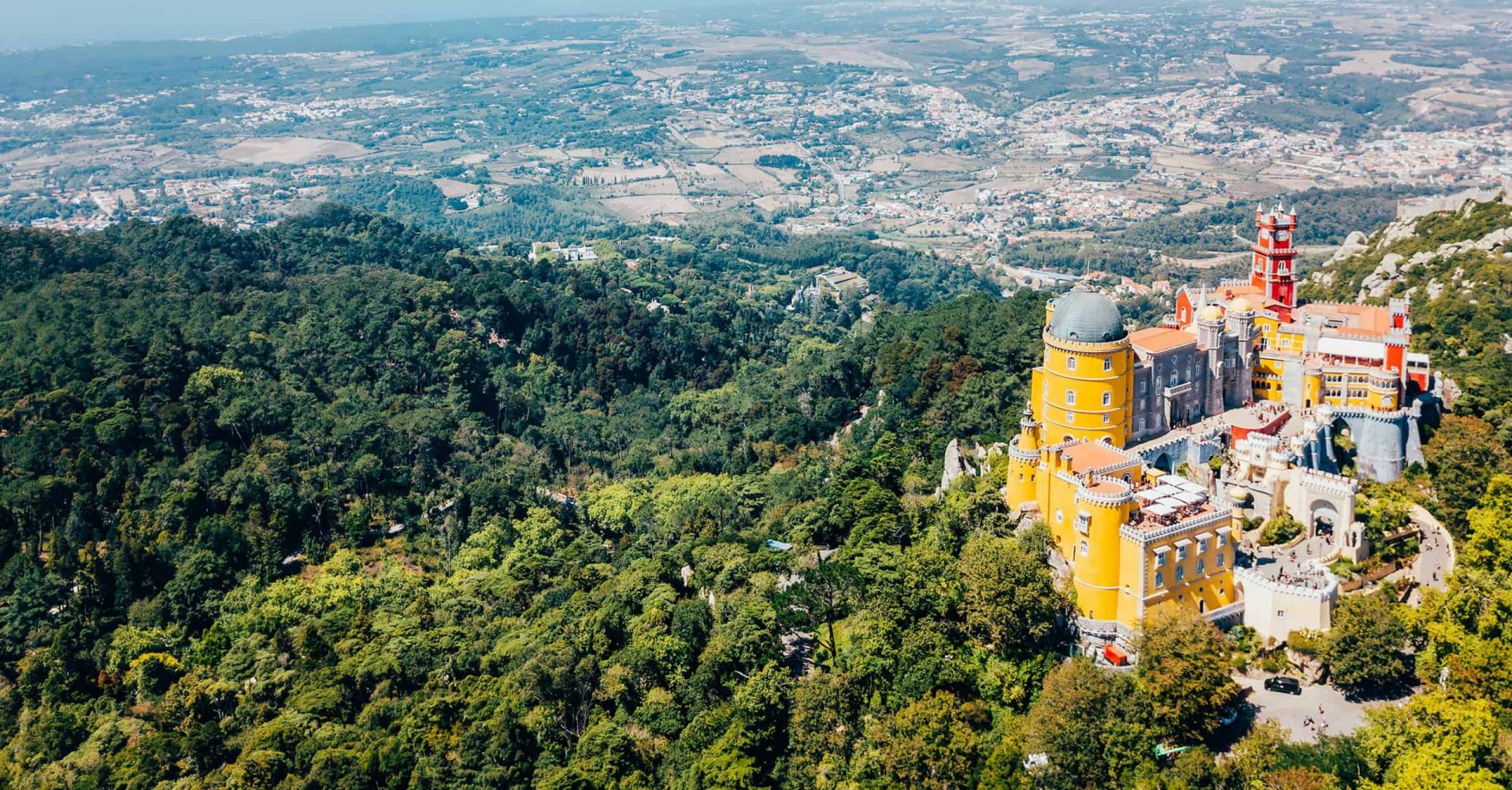 A municipality found in the Greater Lisbon region of Portugal, the coastal region to the west of Lisbon – Sintra, is a city famous for its picturesque scenery and historic castles and palaces.

Remnants of human activity in the area can be found dating back to the early Paleolithic era, with more spanning through the late stone age and fifth century B.C. And of course, due to the magnificent architecture found in the city, we know it didn’t stop there.

For example, The Castle of the Moors, which stands on top of a hilltop overlooking the city is a magnificent artifact from the 8th to 9th century. Built by the Moors, Muslim inhabitants of the region, as an important strategic point, is now considered as a part of the Sintra Cultural Landscape, an extensive world heritage site.

The castle has an amazing point of view, standing far above the city, overlooking the many plains and forests found in the area.

Another wonderful and stunning building found in town is the Sintra Town Hall, built to house the local administration. It stands as one of the most extravagant town halls in the world, featuring almost medieval-like motifs and a clock tower making for a stunning building that draws out the fantastical wonder of knights, princesses, and chivalry.

This wonder continues with other structures found across the town, with one standing as especially impressive. The Pena Palace, a Romanticist castle on top of a hill in the beautiful Sintra Mountains. Serving as a national monument, it can be seen from most of the metropolitan area during a sunny day.

The absolutely stunning castle transcends the Sintra Cultural Landscape and enters the realm of the Seven Wonders of Portugal. Fully completed in 1854, it serves as one of the best examples of 19th-century Romanticism in the world.

The sanctuary was loved by the Kings of Portugal, more precisely King John II and his successor King Manuel I, which is why constructions of a monastery were ordered on the site. The chapel stood as a quiet place for meditation, only housing a few monks at a time, but after a row of unfortunate events, a lightning strike, and the Great Lisbon Earthquake of 1755, the once-beloved monastery was left in ruins.

Only when in 1838, King consort Ferdinand II decided to purchase most of the surrounding ground, including The Castle of the Moors, did the once-loved chapel turned into the stunning castle that stands today. The castle with the surrounding grounds that make up the Cultural Landscape of Sintra are recognized as a UNESCO World Heritage Site.

The surrounding geography is also perfectly fitting for a dreamy getaway. A mix of mountainous and flat terrain, with plenty of nature in between the many residential and metropolitan areas. Situated near the coastline it also has great beaches, with large strips of wonderful sand, guarded by sharp rocky mountains in certain locations.

The beach might especially sound like an attractive addition, as with the Portuguese weather, you are bound to get in the mood for a swim.

The city of Sintra stands as one of the more interesting places to visit in Portugal, as the heritage, landscape, and the created dreamy atmosphere make for a fabulous destination if you are in a romantic mood. But if you want to see it for yourself before you make your mind up, feel free to take a look by using one of the free webcams you can find on this site!