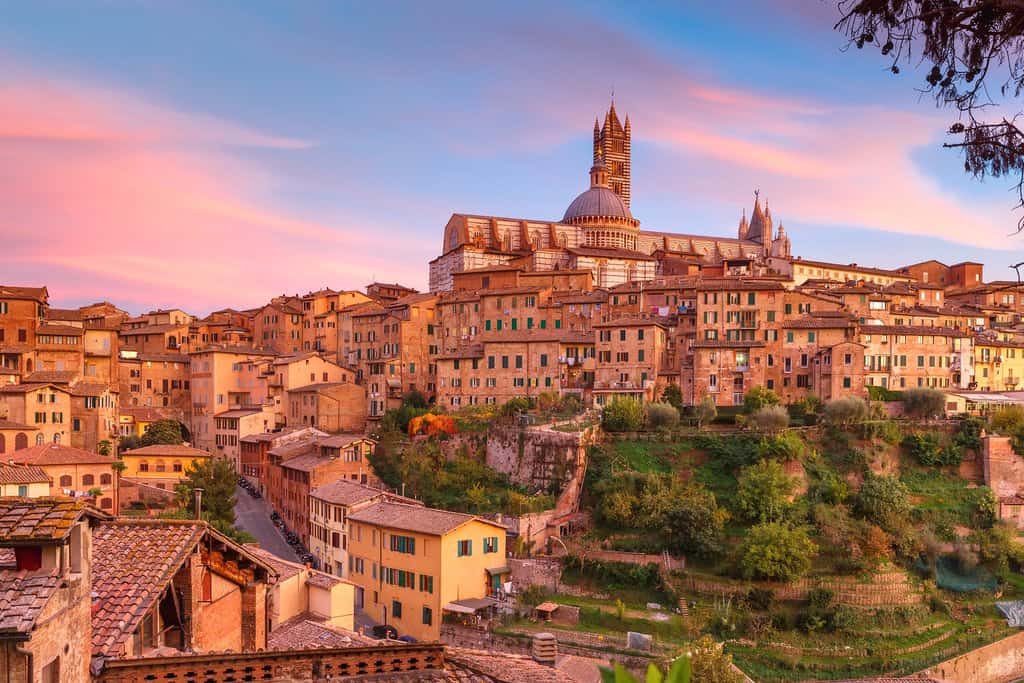 Found in the central region of Italy, Tuscany, the city of Siena is a place known for its art, museums, cuisine, and most importantly, the medieval cityscape. The historic center of the city has even been recognized as a UNESCO World Heritage Site, setting the intrigue of the town in stone.

The city is an absolute wonder for anyone interested in authentic medieval architecture. Tuscany is a region rich in history, as the region developed around 900–400 BC with Etruscans, an ancient Etruscan civilization that covered a large region of ancient Italy.

This time period is also where the name of the city originates from, as the first settlers to start developing the city were the tribe by the name of Saina. The early civilization was greatly advanced and is known for reclaiming previously unframable land, through irrigation, and more importantly for architecture and heritage fanatics, their hill forts.

The city is located in a vast hilly landscape, covered by a river valley in the south, Elsa valley in the north, the Montagnola Senese in the west, and pretty much a hill or a valley from every single direction. Combine that with an outstanding medieval look and it creates quite a unique scenery that seemingly transports you back in time. 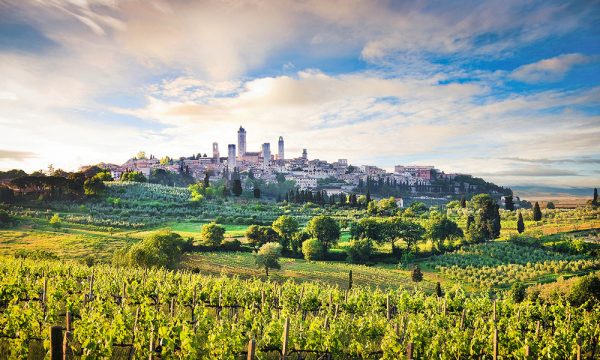 For example, the Siena Cathedral is a medieval church dating back to the 12th century. It is considered to be a masterpiece of Italian Romanesque-Gothic architecture and stands in all of its glory today. Inside of it, you’ll find the Siena Cathedral Pulpit, an octagonal structure sculpted by Nicola Pisano, a masterpiece detailed with biblical bas-relief panels and lion pedestals.

It features nine decorative columns and seven narrative panels, all masterfully carved out of Carrara marble, blue-grey marble popular at the time. Another timely structure is the Palazzo Salimbeni, the original headquarters, it pretty much looks like a fortress. Not only is it associated with the ancient family of Siena, but is also home to Banca Monte Dei Paschi di Siena, one of the oldest banks across the globe.

Orto Botanico dell’Università di Siena is a botanical garden. One that dates back to 1588. It’s an integral piece in really creating a full picture of the 14th to the 16th-century landscape. The rustic, mossy look gels perfectly with the buildings dating the medieval era. 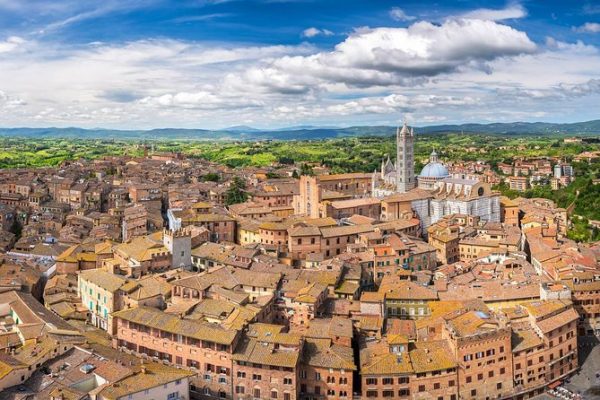 Taking a birds-eye view above the city really shows the aged city space. If you ever wanted to throw yourself into an authentic set of a medieval/renaissance setting – no better place to do so. If you’re a fan of art dating to the Renaissance and High Renaissance, you will be pleasantly surprised, that many churches and galleries still house many authentic works.

The city is home to many great artists, most notably Duccio di Buoninsegna, who later taught artists like Martino di Bartolomeo, Pietro Lorenzetti, and Simone Martini. And of course, the many architectural works absolutely shine spread across the cityscape.

Nowadays, the city’s economy is based on agriculture, the service industry, and manufacturing. Interestingly, agriculture serves as the primary industry of Siena, almost mirroring what most likely was the main craft of its medieval equivalent.

The aforementioned one of the oldest banks in the world is another pillar in the local economy. The Monte Dei Paschi di Siena has been in service since 1472 and is fully functional and influential to this day. The last sector, the industry, and manufacturing is rather new to the city but has been developing over the recent years.

Who knows, maybe over the upcoming decades, Siena will become a wonderful mix of the absolutely modern and the magically old.

If having a look at the marvelous city interests you more than reading about it, feel free to take a look by using one of the free webcams you can find on this site!