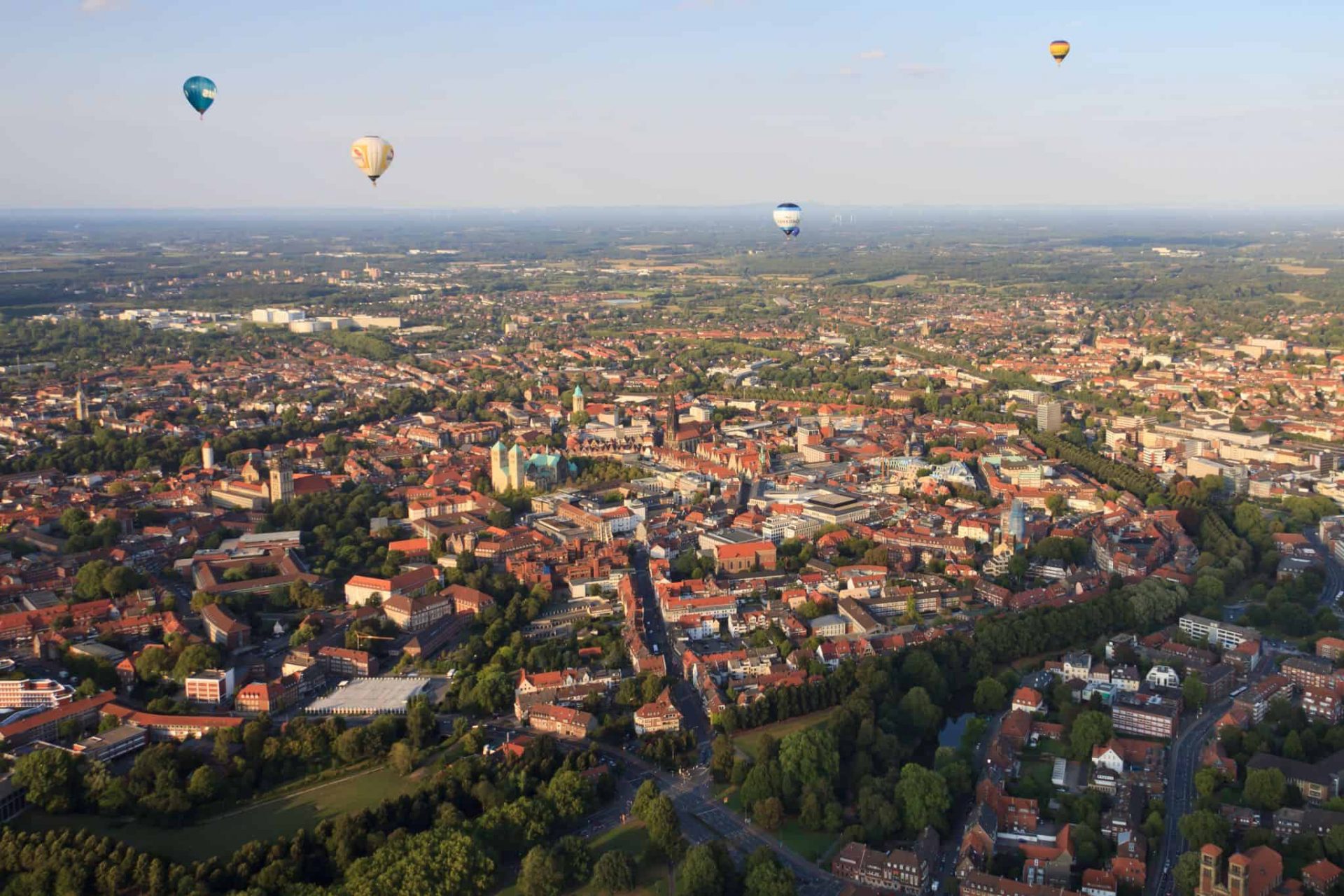 Found in the most populous state of Germany, Rhine-Westphalia – Munster, is an independent city that is considered to be the cultural center of the Westphalia region.

The city also stands as the capital of the Munster or Munsterland region, which stands as an independent local government. The region has been a bustling and growing part of Germany for hundreds of years, the city of Munster itself gaining the title of a major city all the way back in 1915.

Given this, it’s no surprise that the city has a long and rich history. In fact, regarding its early history, a Cathedral School was founded in the city in 797 by Saint Ludger, a missionary from the Roman Empire.

Ludger was also ordained as the first bishop of Munster and the cathedral was completed by 850. This early development made Munster an important cultural center, with a market place, library, school, crossroads, and administrative centers.

Standing as a prominent city during the Middle Ages and Baroque period, the city has wonderful architecture found all across town. For example, the University of Munster is a wonderful example of the 1780s architecture, not only looking like an absolutely astonishing mansion but also functioning as a university globally regarded for its excellence in education and research.

The university features large faculties in the arts, theology, humanities, science, law, and business. It’s a one-of-a-kind experience to attend, and with the current numbers of undergraduate and postgraduate enrolled at around 40,000, the university is striving.

A good way to peer back into the history of the town and the region as a whole is the State Museum of Art and Cultural History. It’s a very modern and slick establishment with large and bright spaces, with the exhibits presented in a very elegant and engaging way.

The museum covers all key points from the Roman Empire roots to the modern-day Munster. The museum was established in 1977 and ever since every ten years has held a multi-artist exhibition, which is an interesting event rounding up a decade.

While the city of Munster might make you believe that the famous cheese by the same name also comes from this place, unfortunately, the cheese Munster actually originates in the French city of Munster, and as confusing as it gets, the German city that is currently the center of attention still has quite a bit of food to offer.

For example, a food that has been around since the 11th century, Struwen, a yeast dough pancake mixed with raisins, dropped into a pan and later sprinkled with sugar and cinnamon. It used to be a treat served once or twice a year on special occasions but now serves as a nice snack for an end of the week celebration.

Another great treat, also popular in festivities, especially and most notably weddings, Herrencreme is a blend of vanilla pudding and whipped cream, creating an elegant white desert. It’s common to top it with some shaved chocolate or rum, depending on the occasion.

During the warmer seasons, berries are also a liked combination. Of course, being one of the most populous regions in the country, there is as much food to discover as you have time for, from beer to meats and intricate veggie-based meals.

As Munster is situated in north-west Germany, the climate is typical of central Europe, yet a bit warmer than some more eastern members of the European Union. While the summers can get close to and over 20 degrees Celsius, the real wonder comes during the colder, winter months.

During the winter, from around late November to early March, the temperatures can drop as to around the 0 degrees Celsius mark, meaning that depending on your luck, if you choose to venture to Munster during these months, you can be pleasantly surprised with some snow.

As the city barely reaches the mark for this to happen, if it does, it creates a wonderful balance of it not being that cold, yet covered in the beauty of the white winter snow.

Munster is a key locale when it comes to German history and modern-day activities. From its architecture to food, heritage, and people, it’s a worthy place for a visit, but if you still want to have a look before you make up your mind, feel free to take a look by using one of the free webcams you can find on this site!