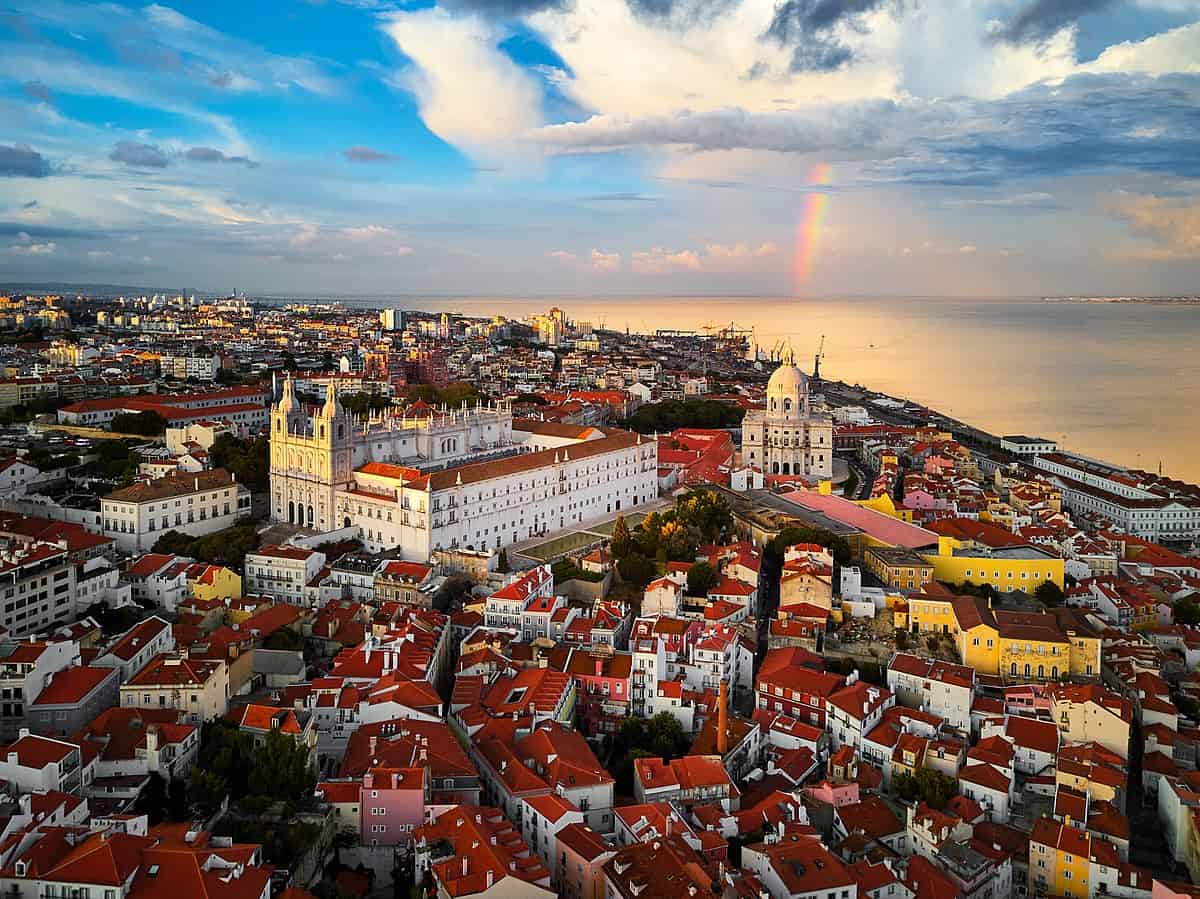 Found in Portugal, with a population of just over half a million people, the capital city – Lisbon, is a city known for its pastel-toned houses, cobbled streets, and the modern, bustling culture.

As the capital city, Lisbon serves as the cultural and economic center of the country. The city is heavily important in education, commerce, finance, and tourism, including many more aspects.

Due to this, the capital is considered as one of the most powerful cities in the world, on the same level as Seoul, Bangkok, Stockholm, and many other capital cities across the globe. In addition to this, Lisbon is also recognized as one of the oldest cities in the world, dating back to 1200 BC. Due to this, the city is rich with history and artifacts from the past. From pre-Celtic tribes to Roman rule, Muslim forces in the Middle Ages, to many other intriguing periods in the city’s and country’s history.

The long history of the region is visible through many observable means, as even the oldest inhabitants, the Pre-Celtic and Indo-Europeans have left many structures that you can visit today.

For example, megaliths and dolmens are found in the area, alongside funerary and religious monuments. And while it’s fascinating to look back thousands of years in the past, what most people look for is grandeur.

That is where the good news comes in, as, through the many years of activity in the city, many buildings have survived, like the São Jorge Castle, a fortified castle that dates back to at least the 8th century BC, located on a hilltop overlooking the city.

The hill by itself is a significant historic location, as the hilltop was utilized by the Celtic Tribes, Phoenicians, Greeks, and Carthaginians seeing many of use for thousands of years, still standing strong.

The list of absolutely astonishing buildings also includes Convento do Carmo, a Gothic-style church from the 1400s, that now stands in a skeleton-like form, the Belem Tower, an example of Manueline architecture dating back to 1515, Aguas Livres Aqueduct, a Baroque style aqueduct from the 1700s and many other interesting locations found across the city.

Another great aspect about visiting a city that has aged for thousands of years is the amazing food you are bound to discover. A treat that you’ll find on almost every list about the local Lisbon food is Pastel de Nata. It is a sweet treat from the 1800s that has become a viral sensation.

The original recipe came from the monasteries trying to find a way to use up their extra egg yolks. On the other side, while still as simple and excellent, a savory pick me up, Bifana is a mouthwatering little dish depending on the mood.

It’s a very simple, yet excellent sandwich made out of pork that stewed in white wine, spices, and garlic and is placed on a simple bun. While very simple, it’s a sandwich hard to beat and a must-try if you visit the city. In a similar vein, if you’re craving a bigger, more filling portion, Prego is right up your alley.

Another famous sandwich from the city, a steak sandwich with a garlicky taste. Just imagine replacing the thinly sliced pork with a nice, tasty steak. The food you find in the city is great, with many more dishes to discover. Local favorites also include Ginjinha, a sour cherry liquor, Frango, which is a Portuguese rotisserie chicken, that usually gets accompanied by Piri Piri sauce.

A great world-leading city, amazing architecture, and heritage, a long and rich history, and plenty of absolutely tasty food, what else is there to ask for? Well, how about some great weather?

The Portuguese capital has great temperatures year-round, with the summer months averaging around 23 to 25 degrees Celsius, while the winter months only drop around ten degrees, to stay around the 12 degree Celsius mark.

That doesn’t even include the hottest days throughout the year, as some summer days can get as hot as 40 degrees Celsius, making it quite a bit of a scorching time. The winters haven’t been seen getting too cold, with record lows only barely reaching the 0 degrees mark, with most winter keeping lukewarm weather.

If you’re looking for the next best vacation destination, give Lisbon a shot, but if you want to see it with your own eyes before you make any judgments, feel free to take a look by using one of the free webcams you can find on this site!