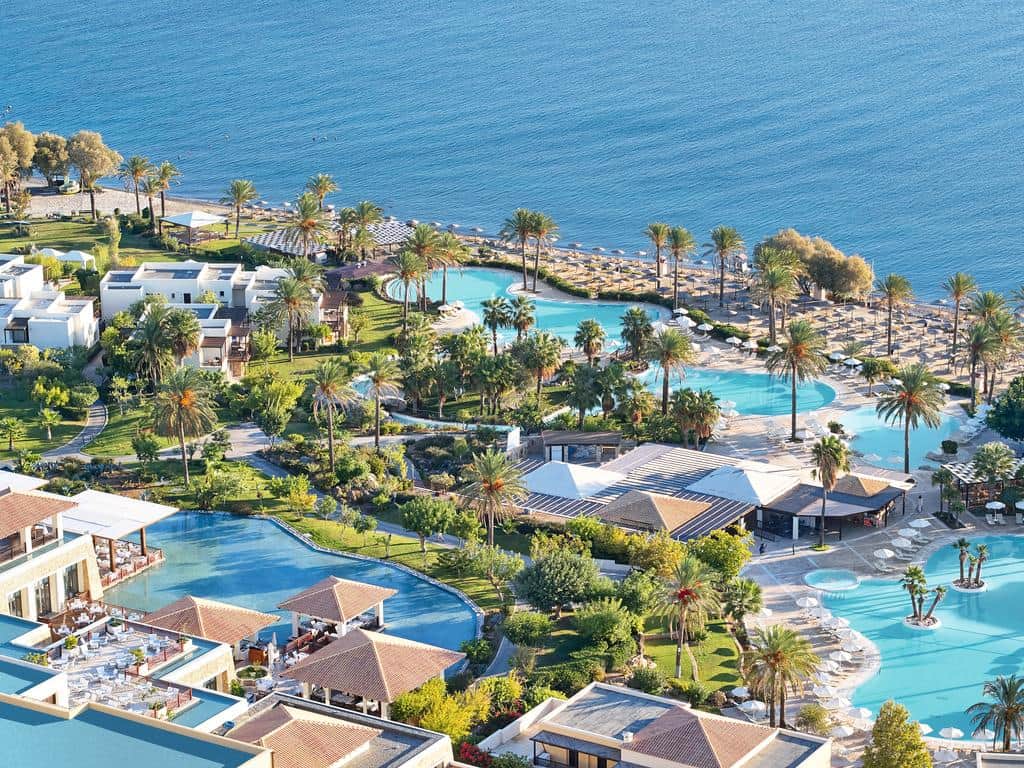 In the southeastern Aegean Sea, right on the Dodecanese island chain, you will find a small island by the name of Kos. Well, small might be an understatement, it is the third-largest island of the Dodecanese by area, after Rhodes and Karpathos. The municipality of the island goes simply by Kos Town.

Being an island located in Greece, the area has great scenery – Kos is in the Aegean Sea and its coastline is an impressive 112 kilometers (70 miles) long and extends from west to east.

The island has several promontories, some with names known in antiquity, such as the Cape Skandari, anciently known as Scandarium in the northeast, Cape Lacter (Lakter) in the south, and Cape Drecanum (Drekanon) in the west. The main town and port are also called Kos, which is somewhat of a trend with these types of islands.

Unsurprisingly, the local economy mainly thrives on tourism. The island’s beaches are the primary attraction with the main port and population center on the island, Kos town, also being a tourist and cultural center, with whitewashed buildings, somewhat expected in Greece, including many hotels, restaurants, and a number of nightclubs forming the Kos town “bar street”.

The seaside village of Kardamena is a popular resort for young travelers (most popular with visitors from the United Kingdom and Scandinavia) and has a large number of bars and nightclubs. The second principal occupation is farming, with the main crops being grapes, almonds, figs, olives, and tomatoes, along with crops as wheat and corn.

Romaine lettuce is named after the island (known as Cos lettuce), from where it is believed to have originated.

The island is stack full of history, from the Mycenaean to Hellenistic, Byzantine, and Ottoman eras, and everything in between. When it comes to the Mycenaean era, it is said that Heracles has visited the island and invaded by the Dorians, who establishing a Dorian colony with a large contingent of settlers from Epidaurus and made it their new home.

During the Classical era, the islands saw control from the Persian-appointed tyrants during the Greco-Persian Wars. This is also the time when silk production became an important part of the local economy. In 1912, during the Italian Rules era of the island, Kos was transferred to the Kingdom of Italy.

The Italians developed the infrastructures of the island, after the ruinous earthquake of 23 April 1933 that destroyed a great part of the old city and damaged many new buildings. The island later got overtaken by Germany, who occupied the island until 1945, when it became a protectorate of the United Kingdom, which ceded it to Greece in 1947 following the Paris peace treaty.

The scenery of the island is quite unique. The island is part of a chain of mountains from which it became separated after earthquakes and subsidence that occurred ages ago. The remnants of these mountains include the islands of Kalymnos and Kappari which are separated by an underwater chasm about 70 meters (230 ft) deep, as well as the volcano of Nisyros and the surrounding islands.

Anywhere in the area, you will find yourself thinking about snapping a quick photo. From the interesting rock formations to the beautiful white buildings and completely breathtaking water. The sighs are just as interesting.

The Gazi Hassan Pasha Mosque might look like an interesting, yet somewhat normal building, that’s until you notice the tower overlooking the building, which seems to be taken right from a Disney movie. On the theme of towers, the Cathedral of Kos is an interesting one, flaunting a square-ish design and a look straight from the Persian era.

But if you’re not yet feeling like delving into ancient history, feel free to take a peek via one of the free webcams you can find on this site!