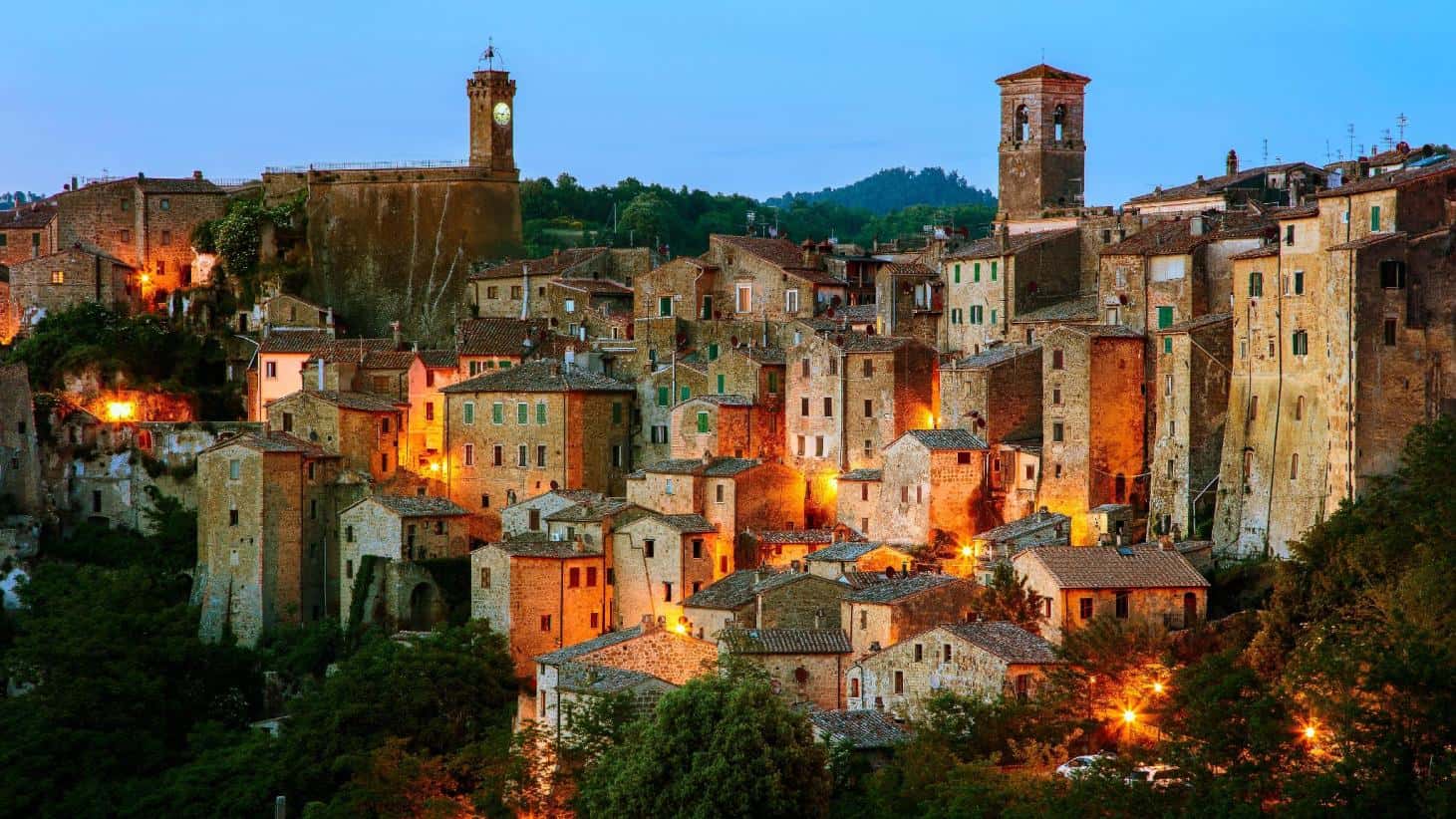 Situated in the central region of Italy – Tuscany, a city full of historical architectural wonders, Grosseto, is a town that will bring you back in time.

In a similar vein to its neighboring city of Siena, the town is absolutely packed with heritage from the medieval and renaissance eras. The buildings and in this case, the city layout really brings you back to the early days of the highly advanced Tuscany settlers.

The history of the city can be traced back to the High Middle Ages. Through the 12th and 13th centuries, the city started growing in importance and went under many periods of warfare and occupation. Due to these years of changing power and attention, the city has plenty of architecture, the most prominent being the Religious architecture found in a plethora of churches and other buildings.

The Cathedral of Grosseto, Sacro Cuore di Gesù, and Palazzo Aldobrandeschi are some of the buildings that will jump out straight away, being on the more impressive side from the extensive list of buildings found across town.

As the share number of notable architectural locations might be just a tad bit overwhelming, a good place to start are the three museums found in town. The three cover different topics, so it’s up to you to choose with to visit or in which order.

For example, the Archaeological and Art Museum of Maremma is, as the name suggests, an archaeological and art museum that was founded in 1860. On display, you’ll find artifacts that range from the city’s foundation to the Augustan era.

Tombs, votive deposits, wine barrels, Latin inscriptions from the 3rd to 5th century BC are also found in the museum. The location is a great way of getting to know the recorded history of the region, from the years of settlement and the lost days of early humanity.

Gianfranco Luzzetti Collection Museum focuses on art, located in the 17th-century Clarissine convent. It serves as a cultural center of the city as is rather recent, as it opened in 2019. And last, but not least, on the list is the Maremma Natural History Museum, an establishment that focuses on natural history. Founded in 1971, it features guided tours and educational activities.

The rooms tend to be split into two themes, one being discussion based on systematic and/or chronological criteria and the other to descriptive approach to habitats and ecological relationships. It serves as an intermediator between the science and the public of the local community and stands as an important educational pillar.

Similar to Siena, the town also has its roots in wine, so it’s no surprise that it still has a decently large part in the day to day life, economy, and culture. Through the beautiful plains that surround the city, you’ll find many tasting or guided tours that involve everything that has to do with wine.

Both making it and enjoying it. Cantina Rocca di Frassinello is one of such interest points, as with a fee of around 20 euros, you can book a tasting tour to enjoy a set of four classical wines and an evening with beautiful views. It is a relaxing and wonderful experience, especially if you’re a fan of discovering new wine flavors.

In a similar vein to other Tuscany settlements, the city has plenty of interesting architecture, history, and heritage to offer, creating scenery that brings you back in time and lets you live out your renaissance era fantasy. But if these words won’t suffice, feel free to take a look by using one of the free webcams you can find on this site!