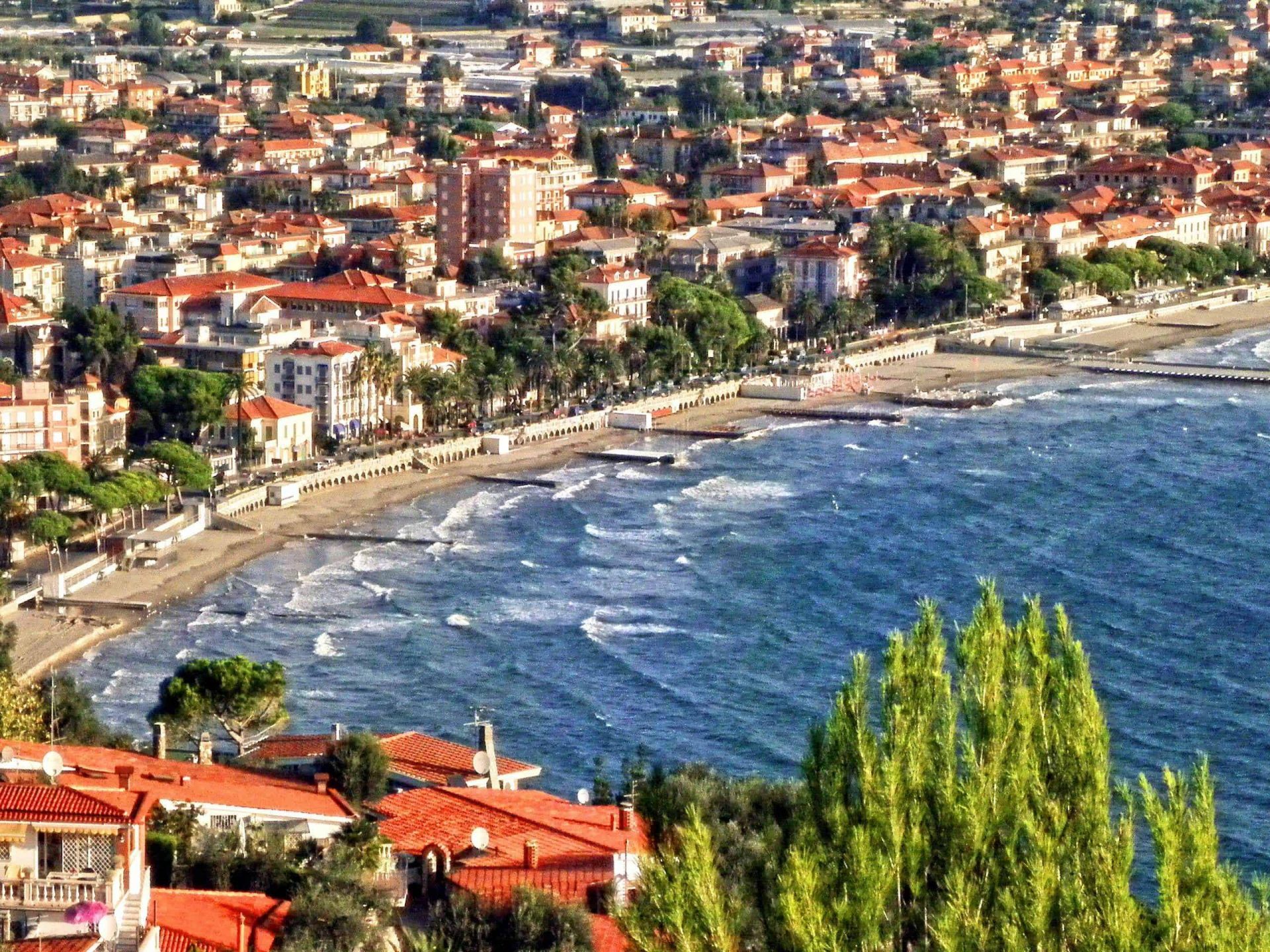 Found just under 100 km away from the capital of Liguria, the town of Diano Marina is a scenic getaway overlooking the Tyrrhenian Sea.

The commune has its roots in the Iron Age and even the Upper Paleolithic era. Many artifacts found on the site suggest a well-developed prehistoric settlement, that dates back to the Bronze Ages. It is also believed that the modern name of the current town also comes from the Roman Empire that is thought to have tried to convert the local population to the cult of Diana, the goddess of the hunt.

Nowadays, the modern Diano Marina is a dream-like resort, with a wonderful beach, plenty of great architecture, and religious artifacts and buildings.

The aforementioned religious artifacts can be seen in the architectural sights all over town. For example, the Parish church of Sant’Antonio or the Oratorio della Santissima Annunziata are rather simplistic yet intriguing buildings that share a similar rusticity of the Middle Ages.

While the buildings have been restored and reconstructed the exterior has kept its simple and unsuspecting look. Another church, found in the city center, the Church of Nazarius and Celsus, is believed to stand on the grounds of the archaeological area of Prato Fiorito, which is an ancient Roman settlement. The modern church stands on top of other structures that originate from ancient times.

This creates a greatly unique sight of intricate architectural styles blending with many different walls representing different eras. Due to its historical significance, since around 2005 the location has been also used as an archeological excavation site.

Of course, the history of the city is not the only thing that is attractive about visiting the city. Situated on the seashore, the entire length of the city touches the water, so no matter which part of town you are in, head towards the sea and you are bound to find a wonderful beach to enjoy.

As the area the beach covers is quite large, there are different beach names for the many different locations. For example, Bagni Delfino is a very popular and crowded spot, full of seats with umbrellas spread in lines next to each other with many restaurants and shops in reach.

If you don’t mind some company, you’ll find up to six extensive rows of closely packed individual seats, where you can lay down in the shade of an umbrella with the water right in front of you.

On the other hand, if you would rather have a spot for yourself, without the worry of people quite literally surrounding you from every direction, you might be quite out of luck, as the most visible strip is covered in a similar fashion, with their own unique differences.

For example, the Bagni Mar Ligure is a bit more humble and on the smaller size, with an enclosed beach that is enclosed with a wall of stone, making the water great if you have kids with you, as the sea is calm and controlled.

The umbrellas also reflect this given purpose of the location, as while the last-mentioned beach was more so individual, this one leans towards families and groups of people looking for a relaxing time, as the seat beds are mostly bundled in four, sharing the same umbrella in the middle.

There’s also Bagni Elena and Bagni Teresa, offering a take on a similar setup. But if you’re worried about not finding a spot, no need to worry, as there is not only plenty of beach, there are more than enough seats for everyone.

Many people have high expectations for the Italian weather, while others have many worries about just how hot it can get. Well, Diano Marina, situated all the way up in Northern Italy meets you in the middle with the best of both worlds.

While the summer months still heat up to an average of around 24 degrees Celsius, it rarely gets as hot as other parts of Italy, which sometimes can climb all the way up to 40 degrees Celsius, which makes it rather unbearable.

Even if you choose to visit late spring, the temperatures start to get really comfortable quite early. It really does feel like a paradise.

May it be the overly-accommodating beaches or the well balanced Italian weather, Diano Marina is more than worth a visit, but if you still have some things you want to find out, feel free to take a look by using one of the free webcams you can find on this site!