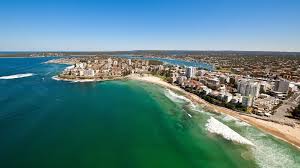 Found in the state of New South Wales, a suburb in Sydney – Cronulla, is a beachside neighborhood surrounded by beautiful beaches and blue emerald water, full of bustling residential buildings, clubs, restaurants, and everything in between.

The district gets its name from the aboriginal word Kurranulla, which stands for a place of small pink seashells. This comes from the aboriginal inhabitants of the area, the Gweagal, a clan of Indigenous Australians that have been recorded to live in New South Wales.

The coastline has been mapped and explored since the end of the 1700s, and throughout the early to mid-1800s, many landowners started developing the area. Throughout these years, in 1888, Oriental Guest House was built, which now stands as the North Cronulla Hotel, a notable hotel many people might stay in during their visit.

Due to a railway line being built in the area in 1885, the location became very popular with visitors for picnics and beachside activities. Over time, it became commonplace for many to rent out apartments in the area, for stays over school vacation and other occasions.

As the suburb is completely surrounded by a shoreline, one of its most attractive aspects is the many beaches found surrounding it. Standing as a popular holiday destination, it attracts plenty of beachgoers from across Sydney and sometimes even overseas.

The main long strip of sand runs from Boat Harbour to North Cronulla, with another great beach found on the south side of Cronulla. In total, you will find 9 designated beaches, that all have official and local names, so if you have a beach in mind and want to get to the right place, make sure to check on the names locals like to use.

Many activities found in the neighborhood are also best to enjoy when correlating with water. Popular activities include surfing, swimming, bodysurfing, and bodyboarding. One of the more popular spots for such activities is Shark Island, found just outside Cronulla Beach, and even hosts a yearly Shark Island Challenge, which is a bodyboarding competition.

The island is quite dangerous, as the reef break is fully exposed at low tide, making it for a hazardous location, so if you don’t feel like going on a somewhat life-threatening adventure, maybe staying on the main beaches is a better idea.

The suburb is also home to quite a few parks, which adds a great dimension of nature to the beachside neighborhood. Such parks include a monument to the explorers George Bass and Matthew Flinders. In Gunnamatta Bay, there are three parks, making the location quite packed, and you’ll find plenty more across the entire neighborhood.

If you enjoy quite a bit of shopping with your vacations, Cronulla will be right your alley. The shopping strip found in Cronulla Street has been partially converted into a pedestrian mall by the name of Cronulla Plaza, which makes it a treat to relax in, take your time, and look for something to buy.

The Plaza is quite large and extends into the other surroundings streets, like Kingsway and Gerrale Street. The neighborhood has also developed a cafe culture, with many restaurants and cafes located in the strip. Around it, you’ll also find plenty of large top-tier hotels, motels, and apartments to rent on your stay.

The suburb has also grown to be a hotspot for a night out, with a great number of pubs, nightclubs, bars, and restaurants.

Access to the area is quite easy as well, with train terminals of the Sydney Train network, Ferry Cruises, and bus routes are plentiful in the area, so not only is it easy to get there but to the neighboring locations as well.

If you mainly look to stay in the suburb but still want to explore what the rest of Sydney has to offer, no need to worry, as it’s more than easy to get around, not to mention that if things come to worse, you can always grab a taxi.

May it be the numerous wonderful beaches, a great choice of activities, both in water and on land, Cronulla is a great suburb to choose for your stay in the city of Sydney, so great in fact, you might not even want to leave, but if you still have doubts, feel free to take a look by using one of the free webcams you can find on this site! 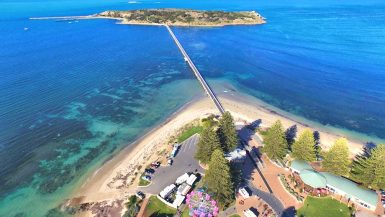 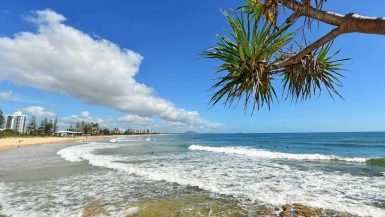 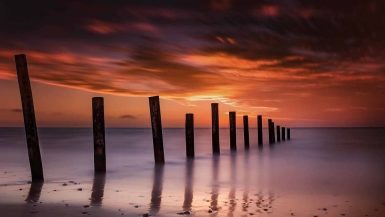