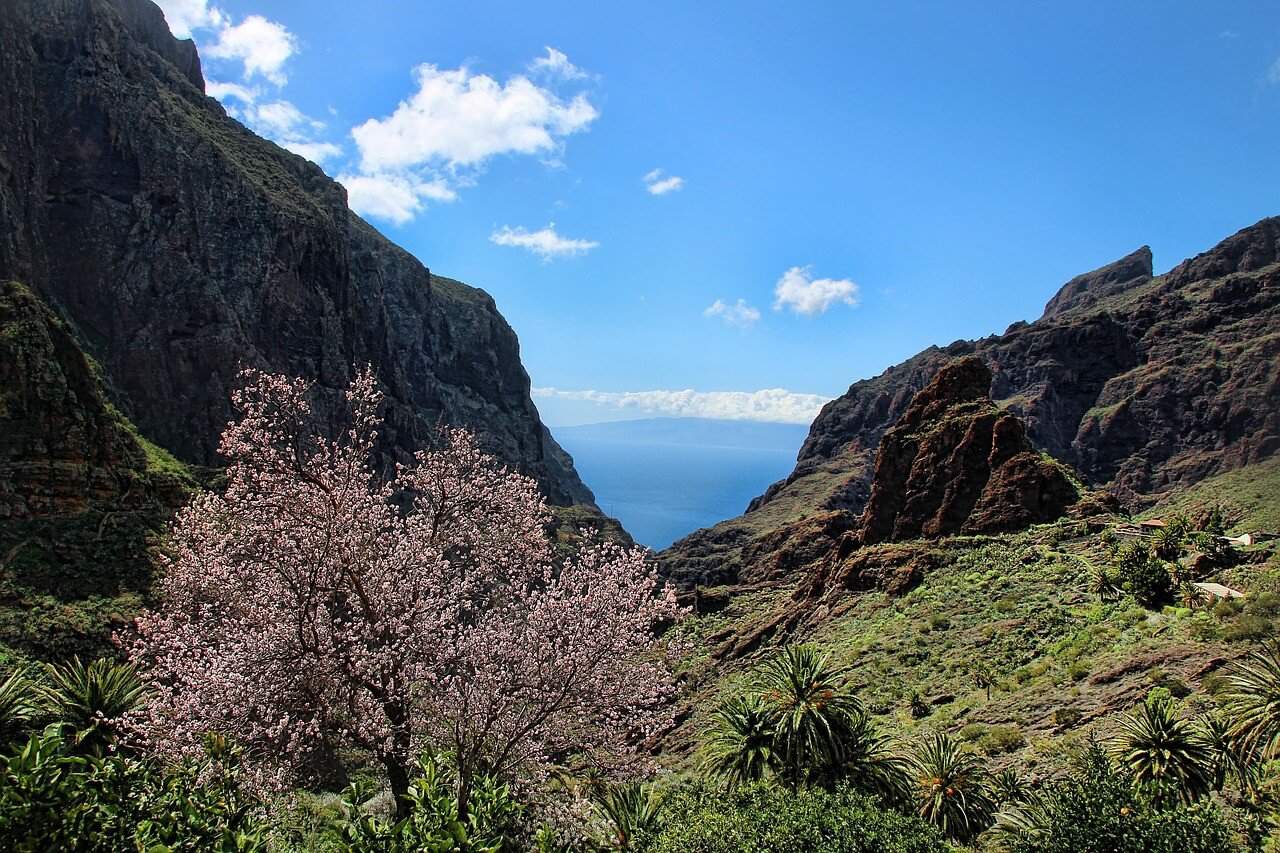 Canary Islands cam is a great way to explore this beautiful island chain! The Canary Islands is the most popular chain of islands in Spain.

The Canary Islands are made up of 7 large islands (Tenerife, Fuerteventura, Gran Canaria, Lanzarote, La Palma, La Gomera and El Hierro) and several small ones. They have built a reputation for being a choice holiday location for tourists from around the world.

Oddly enough the name has nothing to do with “canaries” the small little song birds.

The name is derived from Latin Insula Canaria and means “Island of the Dogs” although there were never any dogs on these islands, but instead the name pays homage to the Monk Seals that inhabited the islands and barked like dogs!

This beautiful cluster of islands are located closer to the equator than Spain and right off the coast of Africa.

It enjoys a sub tropical climate year round. Canarian food is flavorful and has many twists on traditional Spanish foods.

Canarian wrestling is a big sport in this region and is thought to be one of the earliest forms of modern wrestling dating back to the 1400’s.

It is home to the world’s third largest volcano and the endangered Logger Head Turtle!

Our webcam of Tenerife lets you take a closer look at this rich culture and exciting landscape.

Main Attractions: The beaches, the natural salt water pools, the rock formations, the nightlife (with underground dance clubs and gambling establishments) and so much more. Each island in this chain is different from the others.