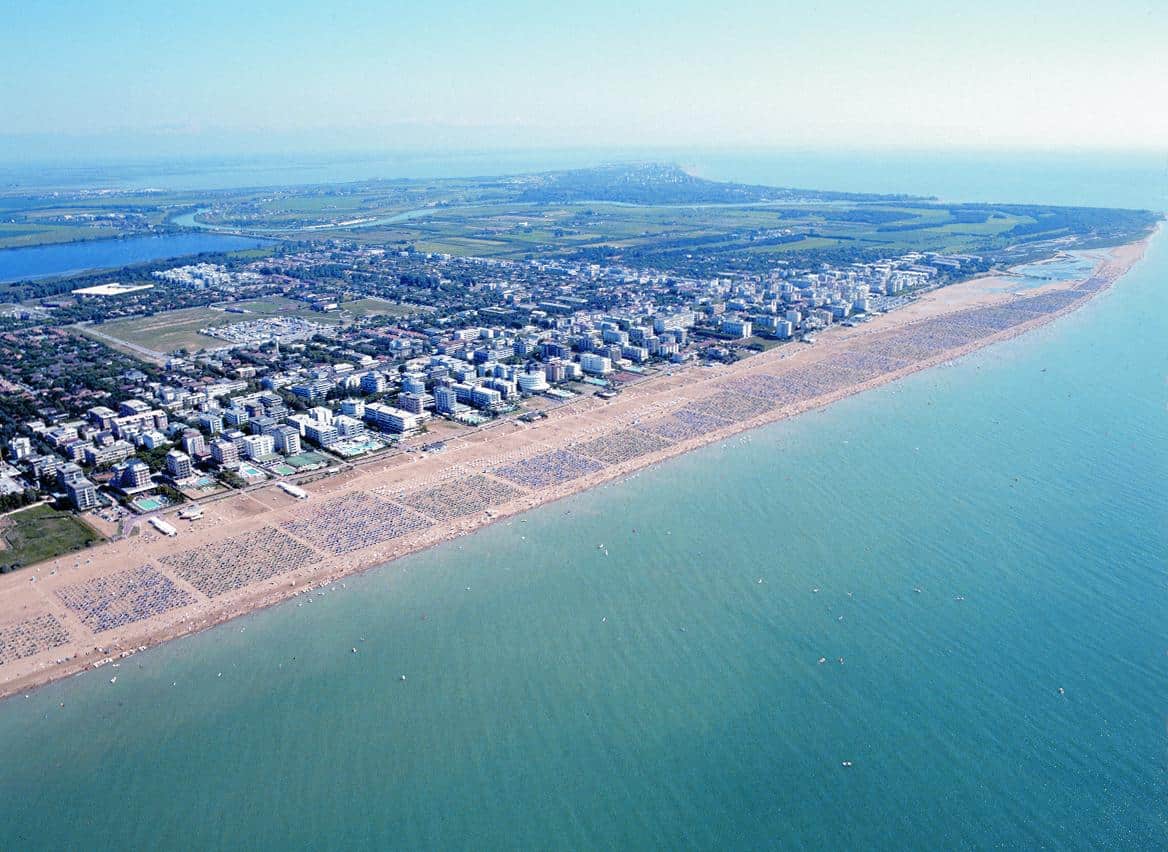 Bibione is a comune subdivision known as frazione of the San Michele al Tagliamento comune, in the city of Venice, Veneto in northern Italy.

Frazione is a name usually given to villages or cities that surround the main city, which in this case is Venice. Bibione is a seaside resort, that is quite popular among German and Austrian tourists.

The city mainly operates between the months of May and September and many shops and facilities only work during these months. During the peak season, the city offers around 100000 beds, split between hotels, holiday apartments, and even campsites.

It is a tradition to hold a weekly market every Tuesday on the square in front of the funfair. The location is pretty much built for the summer vacation. It faces the Adriatic Sea and has large spaces dedicated for people to enjoy and relax on the beach.

Based on the consistency of the soil and on some findings during excavations, it is assumed that Bibione has once consisted of a small group of islands. After the Roman Empire broke, the location, which previously was under its control got neglected and pinewood spread over the entire area.

The land reclamation started at the beginning of the 20th century with many embankments and drainage canals being built. Around 1950 the works were finished and Bibione was left with its pine forests and sandy beach and the slow conversion to a holiday location has started. Since then, the location has been developed heavily, and now is a large spot for vacations and summer getaways.

As mentioned earlier, the location is largely popular with the German and Austrian population but sees Italian and Eastern European people visit the city as well, which comes with an interesting factoid, as many different nationalities, prefer different times to come to the city, so the tourist demographic is always changing.

Due to the cities development being mainly tied to tourism, the cityscape is quite unique and can be characterized by many hotels, guest houses, and other facilities that you would see at resort locations. The large amount of available housing dwarfs the actual population of the city by 40 times.

As you would expect, the city has many things to offer when it comes to recreational activities. From Boat Tours to riding the waves in a speedboat to kitesurfing and much more. For example, the Luna Park Adriatico is a theme park that is a nice little stop if you travel with children.

The park is not the largest, but it has enough things to offer for a nice evening. The city also holds many different events, such as outdoor photo exhibitions, motocross races, volleyball games, and concerts. It is a dynamic and ever-changing resort, that always has something going on, so you are almost guaranteed to have something to do, no matter what. As long as it’s the summer season, that is.

Another great location is the Bibione Spa Centre. It is right at the seafront surrounded by pinewood, you have choices from many cosmetic and spa treatments. The water in the spa is used from a hot spring that is at a depth of over 500 meters and its therapeutic properties have been recognized by the Italian Ministry of Health, with some treatments even available under National Health Service for Italian citizens.

The beautiful facilities and the treatments provided stands as a leading force in the well-being scene in Italy, so if you feel like its a time to soak in spring water and maybe even get a proper massage, there’s no better place to do so.

When it comes to the climate, you don’t have to worry about the burning Italian summers, as the average weather during the summer months reaches the maximum of around 30 degrees Celsius (86 degrees Fahrenheit), not climbing over it, which is great news, as Italy is known for reaching such temperatures as 40 degrees Celsius (104 degrees Fahrenheit), which is quite a weather to deal with if you’re not used to such hot temperatures.

But if you are not yet looking for traveling to Bibione for your summer getaway or if job is getting in the way, feel free to take a look at the popular beach by using one of the free live webcams you can find on this site!