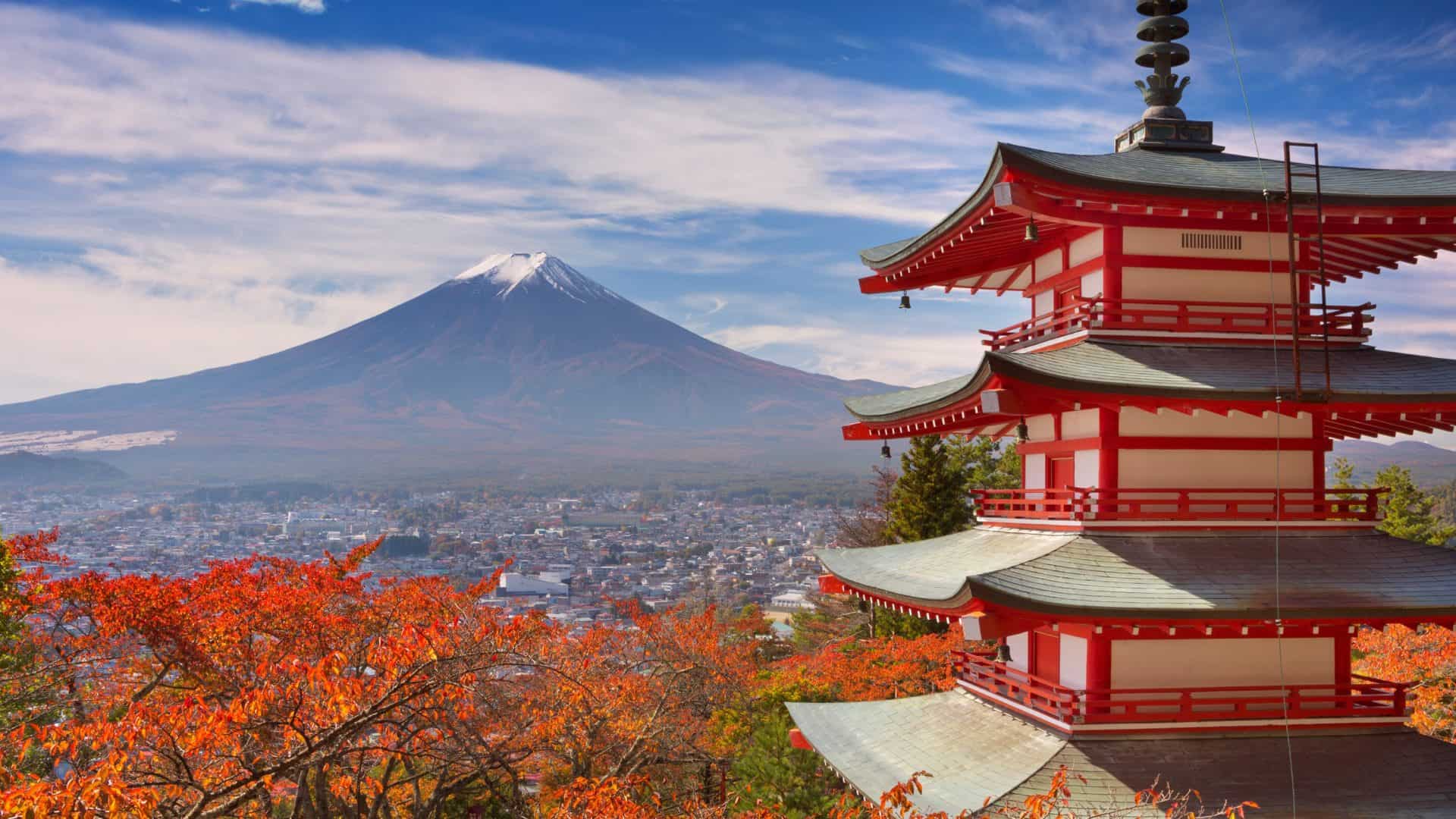 Over the last decade, Japan has become one of the most popular tourist locations – and there are many reasons why. May it be the wonderful architecture, the ever-changing nature that offers something new with four distinct seasons, or Mount Fuji, overlooking the modern city landscape of Tokyo. And with these live webcams, you can have a peek into the amazing world of Japan without the heavy price tag of traveling to it.

Tokyo, the capital city of Japan has an enormous amount of variety to offer. From the glamorous shopping district of Shibuya to the world of electronic delights of Akihabara and even the place of the busiest railway station in the world – Shinjuku. Tokyo houses 23 city wards that offer their own unique atmosphere, with some becoming famous destinations of their own.

At the heart of every district, you’ll find the local railway station, that will give you a hint of what you can expect from the area. The famous Tokyo Station in Chiyoda that serves as the main inter-city rail terminal will surely take your breath away.

The area surrounding the station might not even look like “Japan” as it’s surrounded by wonderful modern architecture inspired by many different cultures, tall, sky-piercing hotels, rooftop bars, and restaurants. To many, this will most likely serve as the main proper introduction to Japan, as it’s the station most people will arrive at from the airport while during their stay.

This area alone is a place you can spend days exploring, but if you choose to venture on, you are bound to find a district that will bring all of your dreams to reality, as Japan is the one place in the world, that anything is really possible.

Another location you might find yourself in is the Sendai Station, 400 km away from Tokyo, which doesn’t feel as far if you take the Bullet Train, as the journey only takes 1.5 hours. Even though not the most popular destination, Sendai is the largest city in the Tohoku prefecture and has plenty to see.

For example, if you take a boat tour through the Geibikei Gorge, you will see something that Japan’s metropolitan cities just can’t offer – 2 km of pure nature. Rugged cliffs, waterfalls, and beautiful water. All of it clouded in mystery and calm of nature, untouched by the modern world.

But if you ever find yourself in Japan, the journey starts right as you land in one of the many airports, may it be the Tokachi–Obihiro Airport or the Nagasaki Airport, the amazing experiences start with the most unsuspecting things, may it be the futuristic and amazingly intriguing bathrooms (heated seats and automatically dimming windows included), or the many vending machines you will undauntedly encounter – which might turn out to be much more interesting than you thought, as while vending machines are rather plain and boring in the west, Japan has mastered the art of convenience and not only can you get any drink you can think of in one of these machines if you’re lucky (not that you have to try), you will find a vending machine that not only offers hot drinks but even hot food.

The extent of these wonderful creations go as far as buying freshly baked pizza, straight from a vending machine, found along the street – amazing.

What you can take away from this is that Japan is a magnificent mix of modern, traditional, charming, and intriguing. From the hypnotizing nightlife of many of the Tokyo districts to the breathtaking nature found all across the rural areas to the small wonders you can find in the most unsuspecting places.

There is no better place in the world to experience something new and it is no surprise that over the last decade many people have been attracted to this country and the interest has been increasing since.

If you are planning an upcoming trip, or if you are not able to go just yet, feel free to catch an authentic look here – into the interesting and wonderful world, of a very interesting and intriguing country, that has been winning hearts all across the globe, becoming one of the most beloved destinations in the world.

Live Camera from Otemachi in Tokyo

Live Streaming of Shibuya Koen Dori in the North Area of Shibuya in Tokyo, in Japan