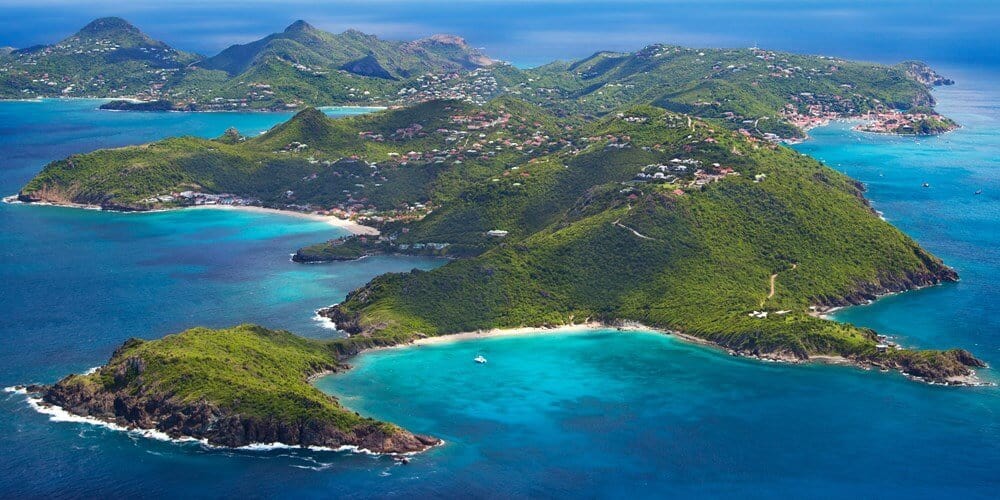 Our Free live webcams of Saint Barts gives you an insiders view of this beautiful paradise! Saint Barthelemy better known as St. Barts has always been a play ground for the rich and famous and tourists that want to feel rich and famous.

This French speaking island tucked away in the Caribbean is well known for its amazing white sand beaches and lux shopping! The beautiful island is always encircled by yachts parked there by travelers and locals alike.

Webcams are a great way to take a peak at the comings and goings on this island and soaking up the views.

This island is a popular tourist destination because it has so much to offer. The island is a volcanic island that is ringed by beautiful corral reefs making it a divers paradise. The crystal clear, warm waters of the Caribbean pull in visitors from around the globe.

Since 2004 St. Barts has been an independent island of France.

For centuries it was considered a part of Guadeloupe and overseas region of France, but in 2004 the island residents voted to be considered a COM of France instead which gave them more independent power.

The island has a long history of being inhabited by the Taino people of the Caribbean, it was not discovered by European explorers until the 1400’s. Through out its modern history, St. Barts has fell under the rule of the British, the Swedish and the French.

Ultimately the French won out because they are still considered a French region.

The whole of the island speaks French as it is the national language but most residents also speak English. The residents are French citizens, which became effective in 1946 and they enjoy all the rights of a French citizen.

It is about 250 kilometres (160 mi) east of Puerto Rico and close to the Virgin Islands St. Barthélemy is southeast of Saint Martin and Anguilla. There is over 1,000 hectares (2,500 acres) of protected marine lands on the island to help protect the environment and sea life.

St. Barts is home to some of the most stunning beaches in the world!

There are 22 beaches in St. Barts that are public beaches, fifteen of them are suitable for swimming, the rest are dedicated to water sports like wind surfing.

Each beach is well-maintained and so beautiful that words cannot adequately describe them.

The climate is just about perfect year round. The region sees about 39 inches of rain annually but it is well spread out through the year, so that there is no such thing as a rainy season.

Unlike other tropical paradises, the humidity is not an issue on St. Barts because of the winds that constantly blow and bring in refreshing salt water air that chases away the humidity.

The main economy on the island is tourism. The rocky, dry terrain prevents any major agricultural economy. Tourists are catered to on this island.

Marine mammals are plentiful for viewing. Purposes, dolphins, whales and more can be spotted just off shore. The reef brings many different types of fish and aqua life.

New Years Eve, St. Barts really comes to life. It is the destination for the rich and famous evidenced by the massive yachts that pull into the harbor and anchor. It is not unusual to see yachts on New Years that exceed 300m.

The currency on the island is the Euro and things can get expensive for travelers. The resorts are top of the line accommodations with top of the line pricing to match. The shops are almost all boutique type shops with some of the biggest designer names.

Taking advantage of our live webcam of St. Barts will let you visit for a while without having to fork over the cash!

Population: Full time residents of about 10,000.

Main Attractions: People watching, the marine life, the beaches, the water sports, the restaurants, the shopping, the opulence of it all!