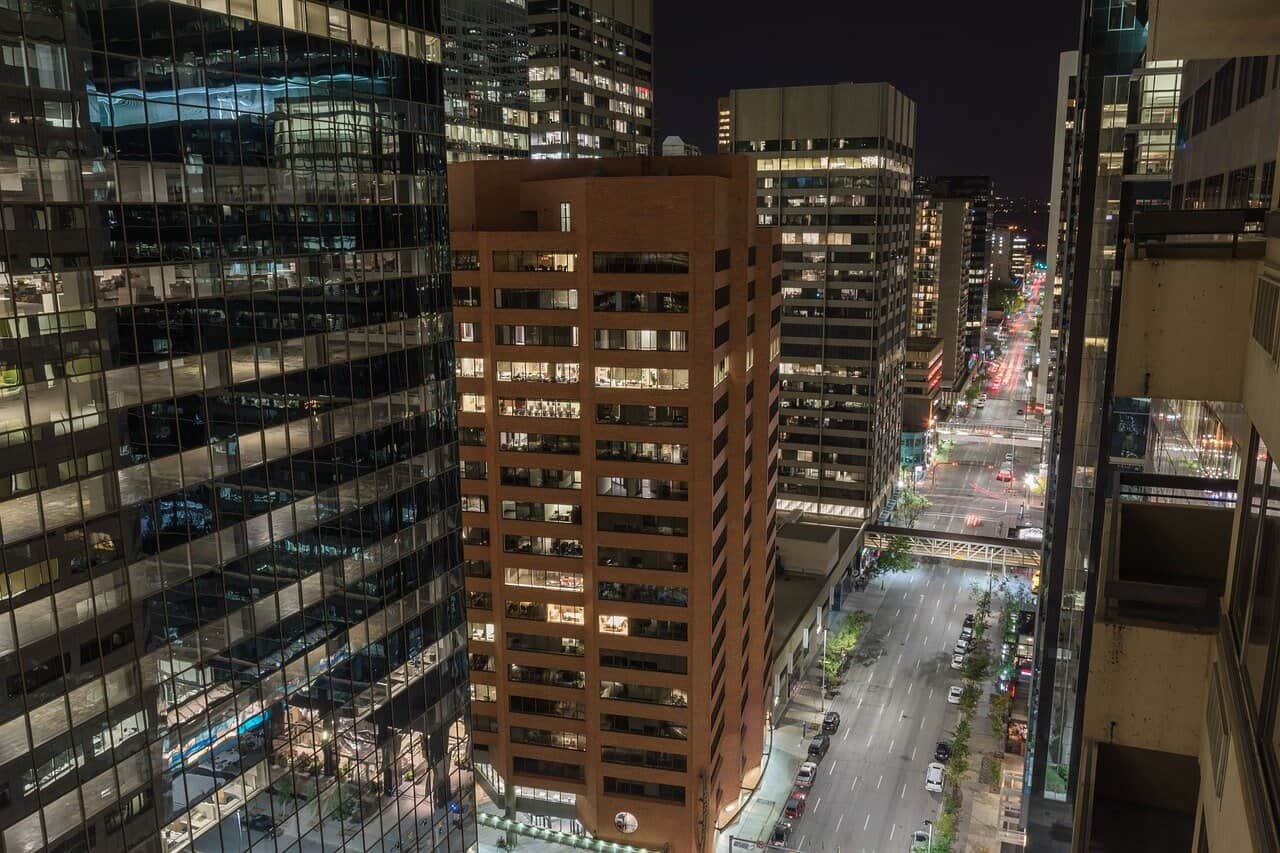 Get a bird’s eye view of Calgary with our Free live webcam of Calgary! Calgary Canada in North America has a lot to offer travelers but if you cannot afford to take that trip right now our live webcam will let you view this cosmopolitan area.

Calgary Canada is a hot spot thanks to the booming oil industry. It is a city full of sky scrapers and the hustle and bustle of people moving around. It is located between two rivers. It is Alberta’s largest city by population.

Calgary also has the highest per capita of millionaires in Canada, again largely thanks to the energy industries that dominate the economy.

It has been ranked the 4th most livable city in the world by the magazine The Economist. It offers its residents a wonderful quality of life and it is often recognized for such. Calgary like other areas of Canada gets its name from Scotland.

The Celtic words Kel Gar translate into cold garden which is a good description of Calgary. It also pays homage to the Calgary of Mull Isle.

The indigenous people of Canada called it “elbow” because of the shape the land has between the two rivers that meet at the edge of the city. The Blackfoot Natives called the area Mohkínstsis akápiyoyis which translates to the elbow with many houses.

This area was always a preferential place to live because of its proximity to the rivers and drew settlers to the region very early on. There is evidence that people have inhabited the area for over 11,000 years.

In modern times, Calgary became a big draw for people from around the world with the offer of free homestead land offered by the Canadian government from 1896-1914. Settlers from around the globe took advantage of the offer.

Of course, the Canadian government probably had some regrets when oil was first discovered in the region and instantly made many people very rich. The free homestead offer was ended when the oil was discovered just south of the city in 1914.

By 1924 Calgary was no longer a small settlement town, it was a booming oil rush. Today Calgary still relies heavily on the energy market for its economy but has learned some lessons about the instability of the petroleum market and began diversifying its economy.

This bustling city is home to millions of people that enjoy the convenience of a modern city and the beauty of the Rocky Mountains which are nearby. The city is surrounded by resort towns like Banff and Lake Louise and Canmore which are all a short drive away.

Calgary enjoys the sunniest days in Canada. Calgary has four full seasons with temperature variants from 81 degrees F in the summer to -22 degrees F in the winter! The Chinook Winds add to the weather patterns and can quickly warm up the city. Calgary also has the reputation for being the windiest city in Canada.

Another fun fact about Calgary is that minorities are the majority in this city. 32% of the population are neither of European decent nor Aboriginal descent, making minorities the largest group of people.

If you are a fan of the arts, theater or other cultural trappings, than you will love this city. It was designated as a Cultural Capital by Canada in 2012 and if you spend a little time there you will understand why.

This city is rich with museums, theaters, festivals, heritage pride and much more. Every month of the year there is something happening that boosts the arts.

Sports fans are also big fans of Calgary, it has been a host of the Canadian Winter Olympics, and home to the Stanley Cup Winning Calgary Flames.

There are a lot of things to do and see in Calgary and much of it is accessible from the rail system.  It has great restaurants, great shopping and a wide range of attractions.

Of course, if you cannot make it there, we have you covered with our live free webcam of Calgary! Sit back relax and watch what happens live in Calgary on the live webcam streaming straight to your device.