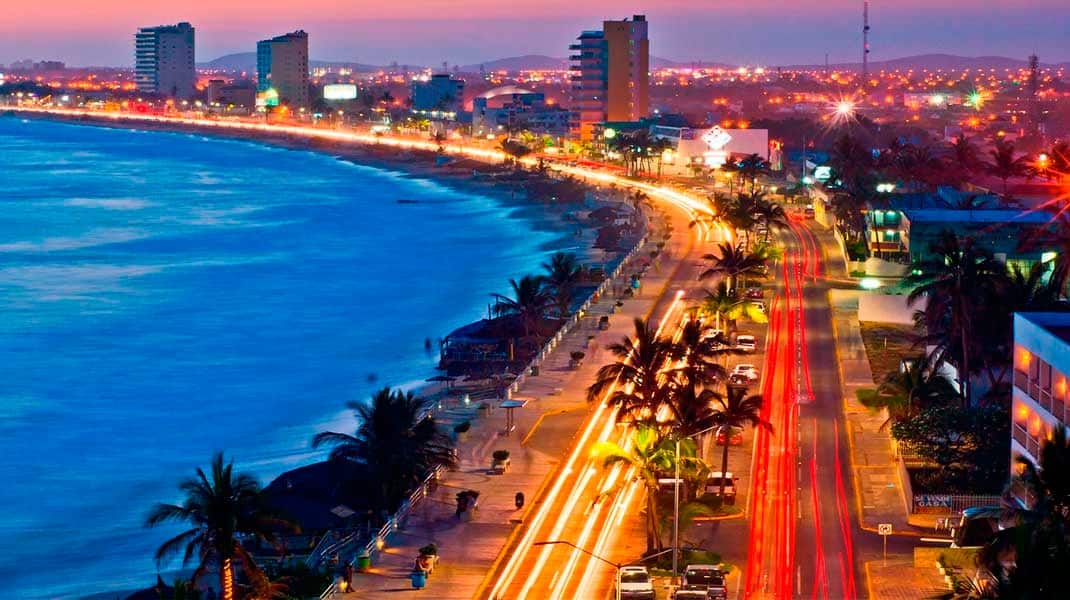 Found in the Mexican state of Sinaloa – Mazatlan, is a municipal seat known for beautiful beaches, great weather and serves as an important Pacific port and a resort destination.

Situated on the shoreline, the city has plenty of great views as the metropolitan city meets the Pacific Ocean.

The palm trees, tall office buildings, and apartment complex buildings make for a nice skyline. Not to mention that if you visit the El Faro Lighthouse, the entire city is displayed in all of its glory. The views atop Cerro Creston, the cities highest hill, is more than a worthy reward for the trip up it.

The city has a reputation as a major resort and it’s easy to see why. Mazatlan offers plenty to do, from ATV adventures to Kayaking through an underwater town, great beaches, to beautiful old architecture.

There’s pretty much something for almost anyone. But one of those might be something other places might not be able to offer. Over 10 years ago, after building the Picachos Dam, a part of the San Marcos town got flooded.

This is the location of one of the most interesting kayaking locations in the world, as you make your way past flooded buildings, mountains, tropical forests, and vegetation. If you ever wondered how the world would look after a world-changing disaster or a flood that just never went away, this is the prime location to visit.

If you enjoy a nice evening stroll with the views of the ocean or the city, you’re in luck. Malecon is a long boardwalk that features plenty of great aspects of the town.

Sculptures, craft stands, fisherman, and many more things will await you along the path, not to mention the beautiful views of the Pacific Ocean, or if you choose to take a walk in the evening, the beautifully lit streets and buildings on the opposite side of the ocean.

Another great aspect and a part of what makes the city famous – the local beaches are a wonderful addition to the region and more so, the Deer Island, described by some as heaven on earth. With views of the Mazatlan skyline, breathtaking nature, and gentle waves, the location is a popular getaway from the city bustle.

The location is great for snorkeling, swimming, and kayaking. It’s an opportunity to get away from civilization without actually traveling thousand of miles away from the mainland.

The town has a long history as well, with deep indigenous roots before the Spanish conquest in the 1530s. The city was founded in 1531 with a mix of Spanish and indigenous settlers.

Throughout the next 200 years, the city went through quite a few periods of raids, divisions, and other events that formed Mazatlan as is today, but the town really picked up once Mexico gained its independence, as untile the early 19th century the city was just a small collection of huts of indigenous fisherman, but by 1836, the city has expanded up to 4000 to 5000 residents, growing rapidly.

Nowadays, the municipality is home to almost 500,000 residents.

Located on the east coast of the middle of Mexico, the municipality enjoys sub-tropical weather. The winters are quite pleasant and warm, while the summers are nice and toasty. Temperatures during winter range from 13 to 28 degrees Celsius (55 to 82 Fahrenheit), while the summers see temperatures of around 24 to 34 degrees Celsius (75 to 93 Fahrenheit).

There’s no wrong time to visit the region, as throughout the year it enjoys great weather, with sunshine being spread equally throughout the year. But if you still want to get a glimpse before you make up your mind, feel free to take a look by using one of the free webcams you can find on this site!