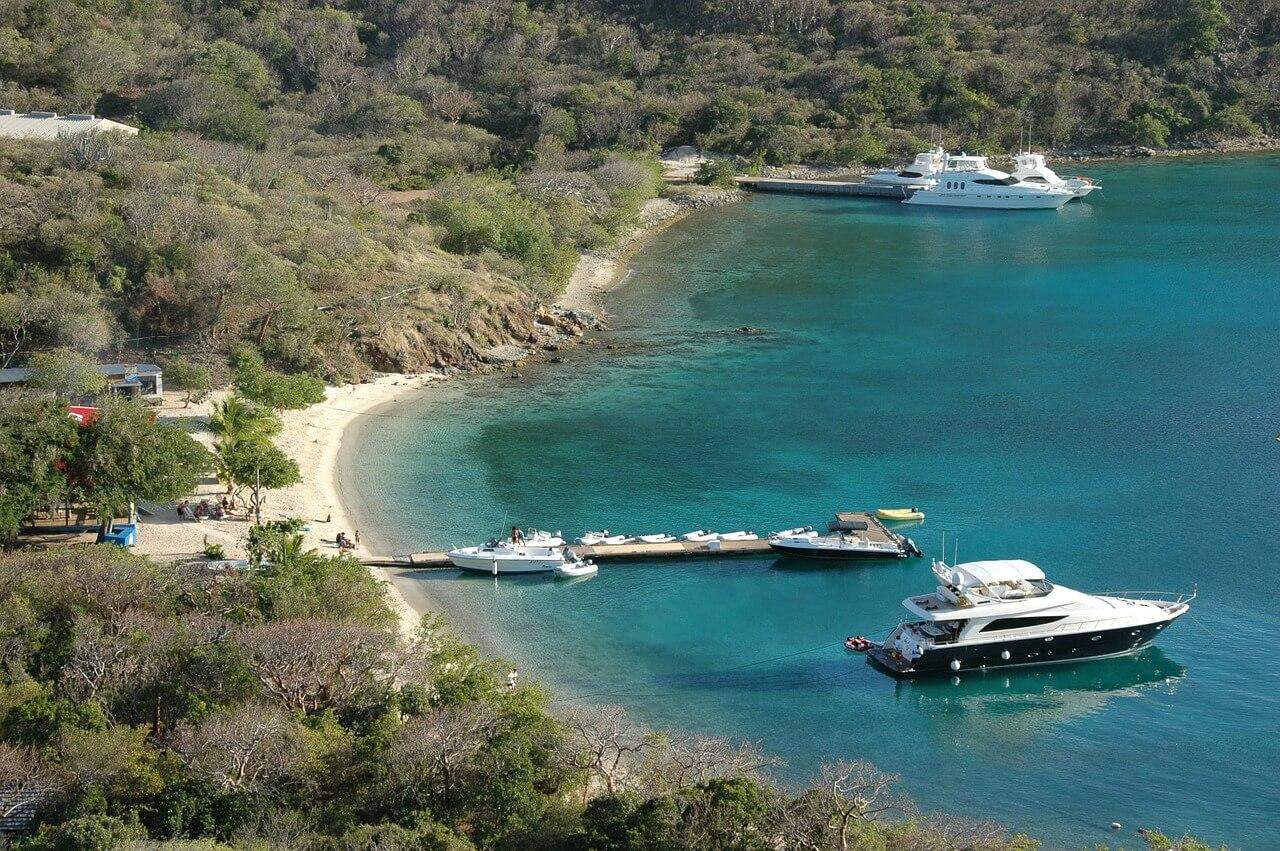 The British Virgin Islands affectionately called the BVI has a long history of being a destination hot spot, our HD web cams of the BVI take you there!

The British Virgin Islands is a tropical paradise near Puerto Rico that is known for its natural beauty and its penchant for letting visitors really let down their hair and have a great time.

This territory of Great Britain is located in the Lesser Antilles and is made up of about 50 islands (some have been unchartered) with 15 of them inhabited. This chain of islands includes the major well known islands of Tortola, Virgin Gorda, Anegada, and Jost Van Dyke.

Streaming from the Hotel Buccaneer in the island of St Croix

Road Town is the capital of the islands and the largest island, about 20 km (12 mi) long and 5 km (3 mi) wide. BVI residents are considered British citizens and enjoy all the benefits that mainland British citizens enjoy.

In the early 1600’s, Spain declared the islands as their one when they were stumbled upon by a Spanish explorer however they never settled the island so there were years of English, Dutch, French, Spanish, and Danish controlling the island for different periods. By the 1960’s the islands officially came under the British rule and became formerly known as the BVI.

Today, the BVI is one of the most economically sound chains in the Caribbean that enjoys a robust economy and a tremendous tourism economy.

People flock to the islands for holidays from around the globe because the islands are so inviting.  The rainforest is lush with exotic plants and wildlife. The beaches are pristine and well cared for. The ocean is warm, clear and inviting. There are plenty of water sports to take part in.

Day trips to the smaller uninhabited islands and islets are popular to really get away from it all. Day cruises and fishing excursions are popular. Shopping at some of the lux brand outlet shops is a big draw. The food is great with a delicious Caribbean flair that uses all the fresh fruit that is found on the island.

It is a great place to people watch, relax and really unwind. Snorkeling is a favored activity in the BVI, there are many sites that are prime for snorkeling and diving. View squirrel fish large porcupine puffer, stingrays, turtles, lobster and more at one of the many free diving sites off the shore.

BVI has a unique flair from its piles of empty conch shells (because they have been consumed, it is the number one food source on the island) to the floating Willy T’s Bar and Restaurant, to the historic mangroves that survived the last few years of hurricanes, to exploring a US Naval fuel ship that survived Pearl Harbor and was found in a boat junkyard on one of the islands, it promises to be a holiday that will be remembered.

While you may not be able to go there and experience it yourself right now, you can view our HD web cams of BVI and enjoy that experience. People watch and join in on the fun even if you cannot be there in person!