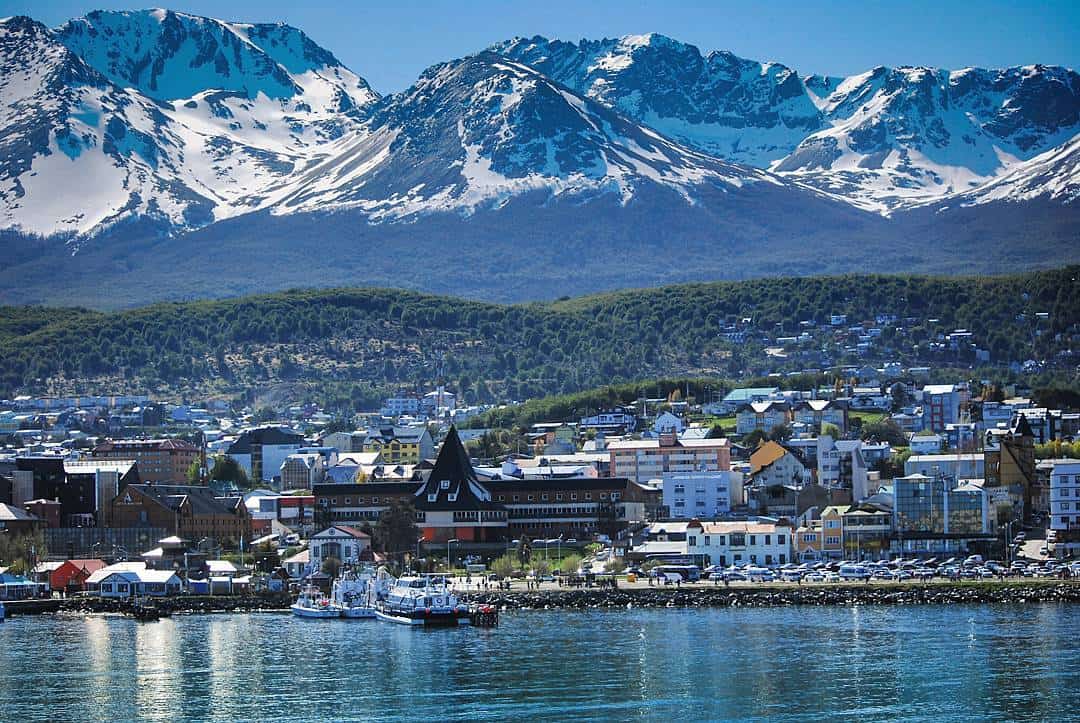 Ushuaia is located in a wide bay on the southern coast of Isla Grande de Tierra del Fuego, surrounded by the Martial mountain range on the north side and by the Beagle Channel on the south. It is the only municipality in the Department of Ushuaia, which means it’s a town that has its own local government.

The city is surrounded by incredible scenery and is the only city accessed from the rest of the country by crossing part of the Andes mountain range that runs along the southern edge of Tierra del Fuego (an archipelago off the southernmost tip of the South American mainland), hence, you are always greeted by the wonderful view of the Andean Mountains.

Tourism is a large part of the cities economy and identity, as the title of the southernmost city in the world is greatly used in both legal documentation and the city’s websites, even though there is some subtlety with the “real” location of the city worthy of the title, which is argued to be Puerto Williams, a Chilean town with around 2000 residents, but Ushuaia still holds the title to this day.

Tourist attractions such as the Tierra del Fuego National Park and Lapataia Bay are great examples of the beauty of nature. The park can be reached by highway, or via the End of the World Train from the city, which gets its name due to the same reasons the city gets its name, being the southernmost railway in the world.

The city has a museum of Yamana, English, and Argentine settlement, including its years as a prison colony. Wildlife attractions include local birds, penguins, seals, orcas, and many of these species colonizing islands in the Beagle Channel. You can also find daily bus and boat tours to Harberton, the Bridges family compound, Estancia Harberton. The tours also visit the Les Eclaireurs Lighthouse.

The Andes also makes the city a great destination for winter sports fanatics. Ice Hockey and the more obvious, skiing and snowboarding shine during the winter months. Several ski areas are located near the city, including Glacier El Martial and Cerro Castor.

Opened in 1999, Cerro Castor joins the club as the southernmost full-fledged ski resort in the world. On Cerro Castor, it is possible to ski just 200 meters (660 feet) above sea level. The summit reaches an elevation of approximately 1,000 meters (around 3,300 feet) above sea level, and consistently cool temperatures allow the longest skiing season in South America as winter temperatures fluctuate between 0 to −5 °C (32.0 to 23.0 °F).

It has ten elevation facilities and 28 ski trails that can accommodate all levels of experience. You’ll be able to find cafeterias, mountain huts, a ski school, a first aid room, and much more. Activities such as sledding, and snowshoeing are also available at Cerro Castor, in addition to alpine skiing and snowboarding. It is located on the southern side of Cerro Krund, 27 kilometers (17 miles) north of Ushuaia.

The ski season is typically between June through October, so make sure to time your visit well, if winter sports are what you’re looking for.

The main attraction past the curious title of being at the edge of the world has to be the winter attractions, but if you end up there during summer months, you’ll still find plenty to do. Since 2007 Ushuaia has hosted the Biennial of Contemporary Art at the End of the World) created and organized by the Patagonia Arte & Desafío Foundation under the rubric “South Pole of the Arts, Sciences, and Ecology“.

The Bienal has gathered over one hundred artists from five continents addressing the motto “think at the End of the World that another world is possible” and encourages to think about a better world.

But if you feel like it’s not the time to venture away from the mainland just yet, feel free to take a look via one of the free webcams you can find on this site! 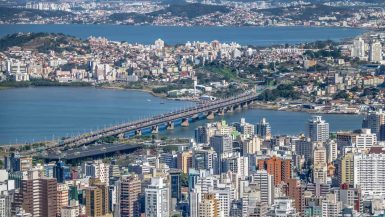 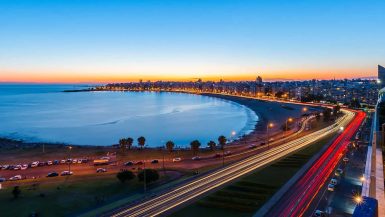 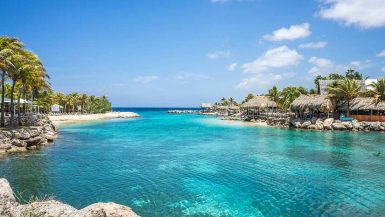