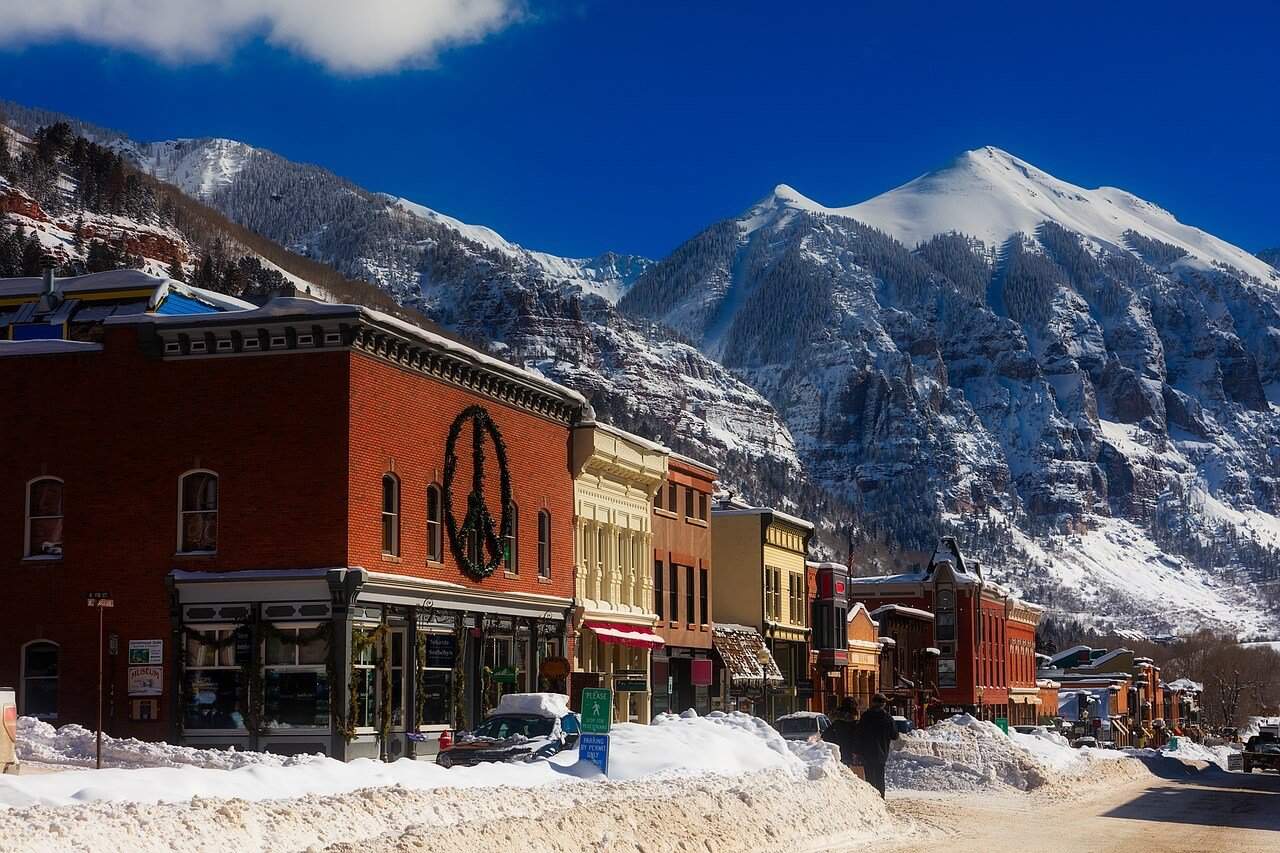 Get to Know Telluride Colorado via HD Live Webcam!

Telluride Colorado is well-known as a ski capital and a golf capital! Our live Telluride web cam can take you there! Watching the action in Telluride via the HD Telluride cams is a great way to learn more about this historic town and destination!

What was once a mining town is now one of the hottest destinations in the Rocky Mountains. From the beautiful settings in a canyon surrounded by breathtaking peaks to the historic landmarks and the modern day resorts, Telluride offers it all!

Telluride is the place where people come from memorable holidays that include skiing, golfing, hiking and getting their dose of culture at the historic Sheridan Opera House that was built in 1913. This quirky town has a history museum located in a hospital that was built in 1896.

The climate is ideal with 300 sunny days every year. It is a ski lovers paradise. It is largely uncrowded and sans any lift lines and has fresh powder through out the season. It is the county seat of San Miguel County and the largest populated area in the county, but never feels crowded!

This was a gold mining town with the first official claim being filed in 1875! It was originally founded as “Columbia” but that proved to be a bit too confusing for folks because of Columbia California, so the post office changed the name to Telluride.

The name comes from ore compounds of the chemical element tellurium, a metalloid element that creates the natural tellurides in the area. While gold was never found in the town or in large quantities in the mountains, there was still a great deal of mining in the area to tap into the natural lead, silver, zinc and copper “tellurides”.

The town has been immortalized in popular culture through songs and more. Telluride found fame when there was considerable labor disputes that required intervention by the Colorado national guard at the beginning of the 20th century.

There were fatalities on both sides. The laborers were treated unfairly, had terrible dangerous working conditions, notoriously poor lodging and took up the fight to improve their conditions which did not bode well with the mining companies.

The tragic fight between the miners and the national guardsman wore on for days with both sides losing members.

Until 1972 mining was THE industry in the area. Some of the more notable mines include Tomboy, Pandora, Smuggler-Union, Nellie, and Sheridan mines.

With the advent of the hippie movement, Telluride became more of a ski town than a mining town. Today the mines are closed. The hippie culture is largely responsible for making Telluride what it is today although some of the process has been extreme.

For example, at one point the town members were trying to ban motorized vehicles completely and instead wanted commuters and others to use horse drawn carriages.

The idea was rejected but there is still a huge movement in Telluride to reduce green house gases substantially and protect the natural beauty of this region.

The word about Telluride got out in the 1980’s when it was advertised as Colorado’s best kept secret which of course gave it a more exclusive feel and brought skiers and others from around the world.

It sits at an elevation of over 8000 feet. There is a beautiful waterfall in view of the town and the entire town is surrounded by nature. The temperature rarely climbs about 60 degrees F during the hottest part of the summer and the winters are long with an average temperature of 21 degrees F.

There are over 30 hiking trails that can be enjoyed in the warmer months when they are not snow covered that range if difficulty levels. Kayaking, hiking, river rafting and more makes this an all-season town not just a world class ski area.

This is the place people visit when they really want to get away from it all and simply enjoy natures beauty. You can take advantage of our HD live free webcams of Telluride to take your mini holiday at home!