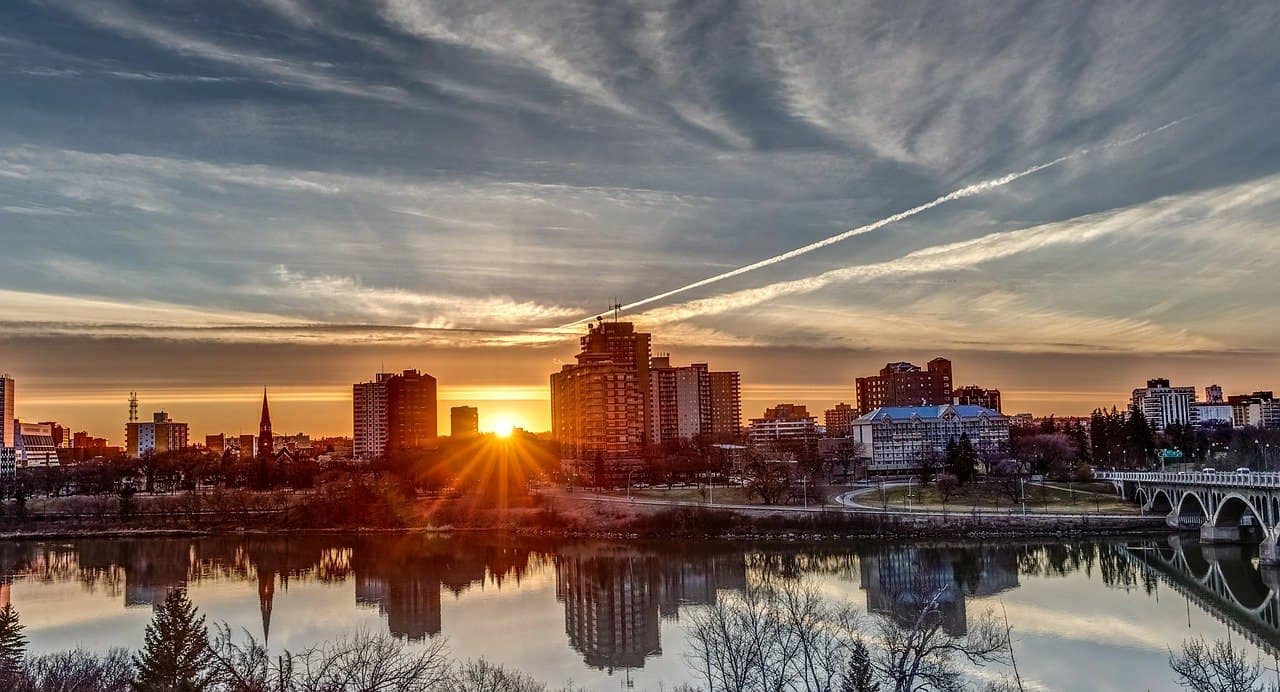 The Saskatoon camera lets you view the largest city in the province of Saskatchewan.

The city was founded in the late 1800’s.Before it was urbanized this city was home to native populations specifically the Cree First Nations.

Today it is still home to the largest population of First Nation people.  It has an eclectic culture based on its eclectic population. It is home to many festivals including Canada’s most prestigious music awards.

For the last 25 years Saskatoon has hosted one of the biggest classic car shows in Canada. It is home to museums, art centers, great restaurants and more.

This region is known for its vibrant live theater culture as well. It relies heavily on three exports, potash, oil and agriculture to fuel its bustling economy.

It is also home to a growing tech business community and is often referred to as Canada’s Silicon Valley. It is referred to as a hub city because it is the center of all the action in Saskatchewan Province. There are a number of higher education institutions.

Saskatoon is known as the City of Bridges.

Population: There are over 250,000 people that live in this city.