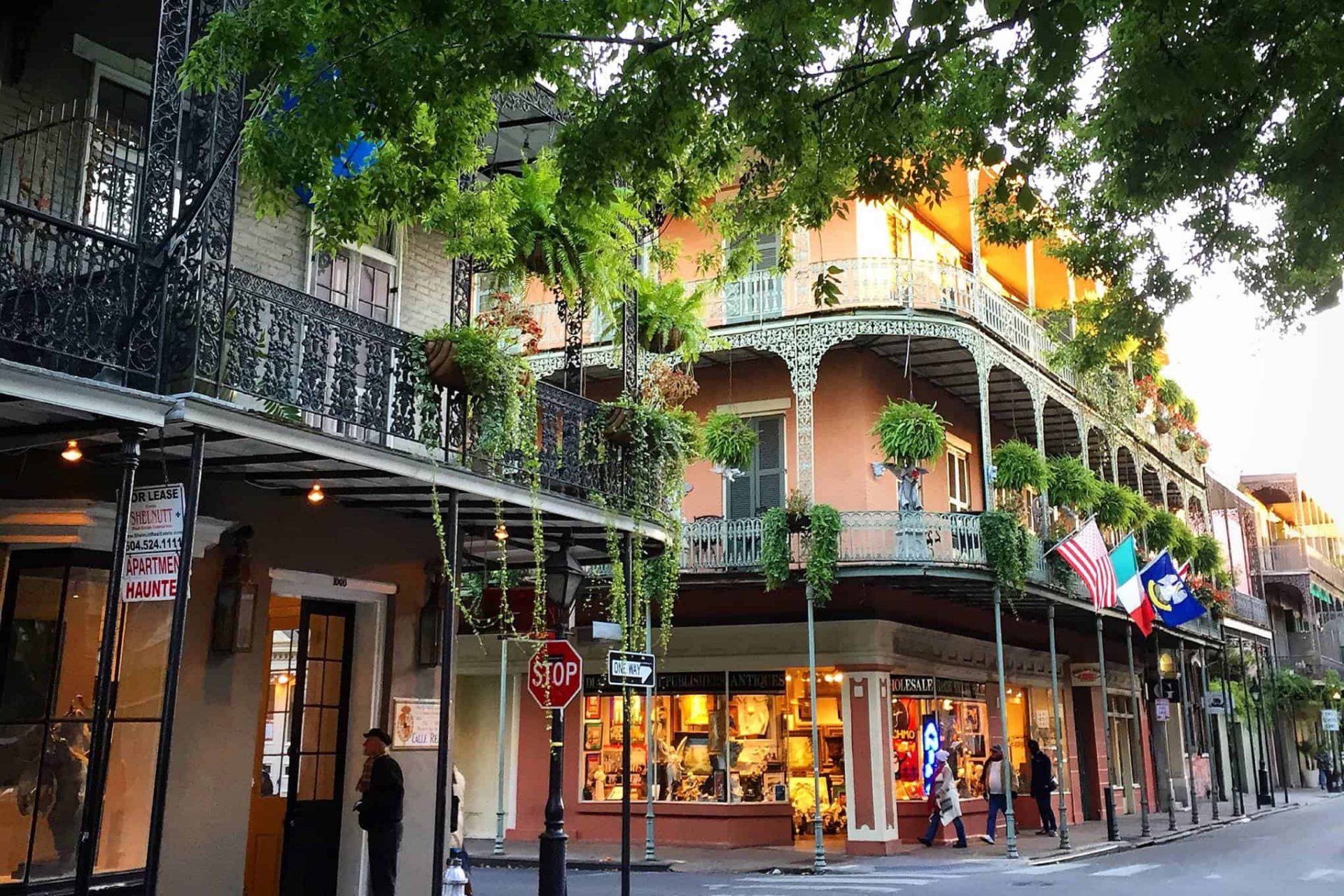 New Orleans – word famous for its music, cuisine, dialect, and the yearly festival that took over the world, the Mardi Gras.

It is hard to start describing this renowned city, as there is quite a lot to unpack and many people are very passionate about the many aspects of the Crescent City.

One of the first things that jump to mind has to be the food. Such dishes as Gumbo, Jambalaya, Bananas Foster, and its many seafood dishes have a cult following of their own. It could be said that it is one of the most distinctive regional cuisines in the United States. Heavily inspired by Creole, Cajun cuisine, and soul food, the dishes from New Orleans are sure to give you an experience full of flavor.

New Orleans is the most populous metropolitan area in Louisiana, so you can rest assured that plenty is going on in the bustling city. The New Orleans nightlife is just as famous as its food, with many bars full of character, many corners with live performers, nightclubs that stay up late, and inclusive and varied places that will happily welcome people from any walk of life.

One of the more eye-catching spots has to be the Carousel Bar, which you can find in the famous Hotel Monteleone. It is just as the name suggests, a bar in the shape of a carousel that you might expect to find in a traditional amusement park.

The French Quarter is the oldest and debatably most famous neighborhood in the city. Built on the banks of the Mississippi River, it has served as the heart of New Orleans for its 300-year history. The Bourbon Street is one of the most aspects of the area and serves as a huge tourist attraction.

Neon lights, loud music, and plenty of drinks make a good combination. But that is not all, due to the fact that the city is one of the oldest in America, the street is full of heritage – plenty of historic venues and iconic buildings. If you want a photo proof of visiting this bright city, no better place to snap a pic.

But if music is your calling, Preservation Hall, also found in the French Quarter, is a great place to check. Established in 1961, it is a non-profit organization that was formed to preserve and honor the Traditional New Orleans Jazz.

When it comes to music, you are in for as much of an experience as you are in for a tasty dish. The city offers many flavors and a lot of tradition, but the strongest aspect of the city has to be Jazz and is universally considered to be the birthplace of the genre.

Starting as Dixieland, a form of jazz developed in New Orleans during the 20th century which has branched and evolved into multiple branches and variations of jazz. The city is also home to funk and one of the earliest funk bands saw their origins in the city. Other notable genres are Blues and Rock & Roll, all of which have a long and rich heritage.

Of course, it would be odd to not mention the festivals while talking about New Orleans, but Mardi Gras is undeniably one of the most famous festivals in the entire United States. Which also means that many other festivities can get overlooked when it comes to the city.

May it be the music, the food, or the world-famous festivals, there is no wrong reason to visit this bubbling city. But if you’re still waiting for your plane or bus ticket, feel free to take a look by using one of the free webcams you can find on this site!