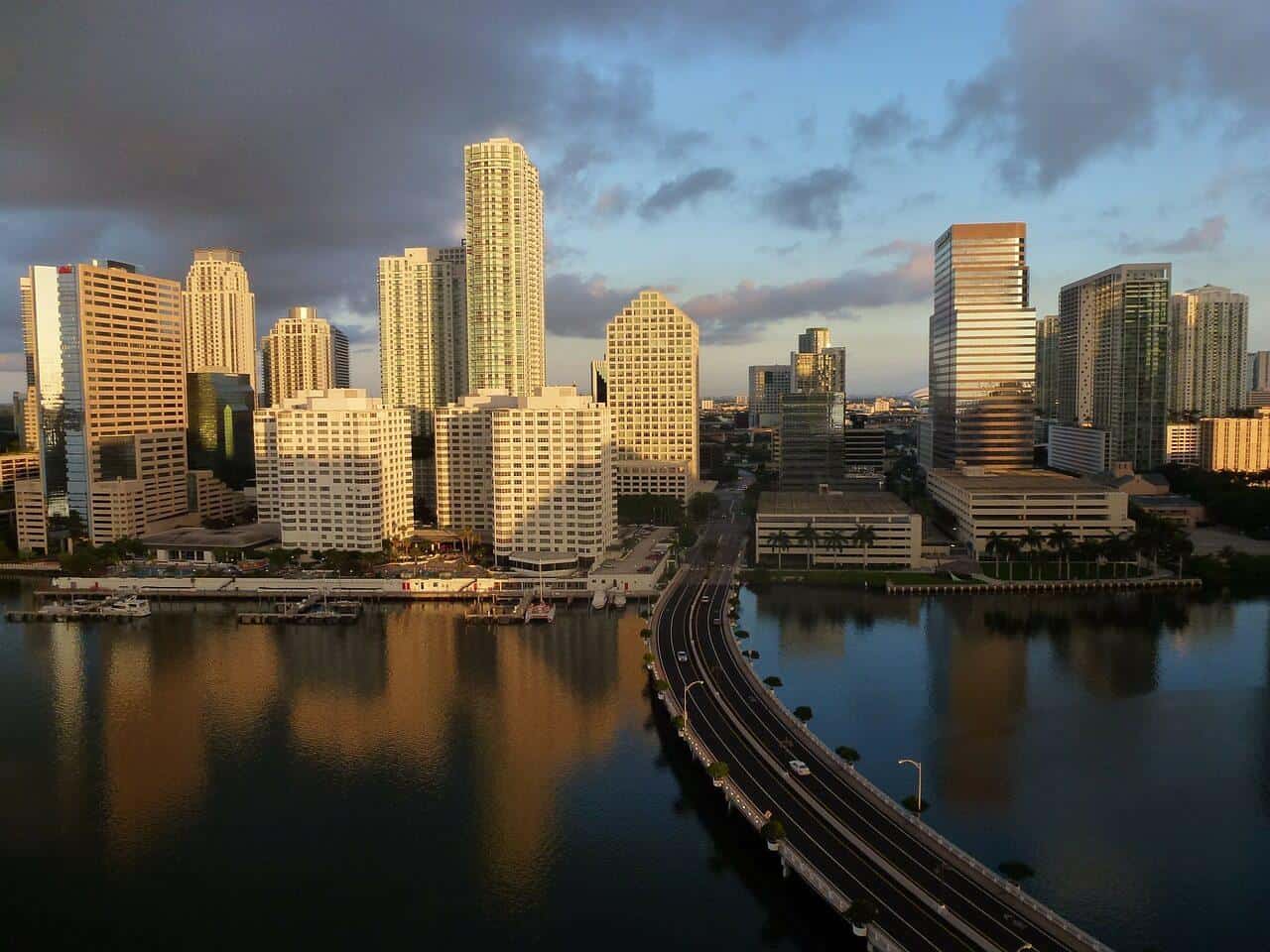 Live Webcams of Miami Beaches and Groves in Florida, USA

Miami live web cams in HD let you see Miami and view all the action from wherever you are! Miami is the world-famous city at the southern tip of the US that is full of vibrant personality! People from around the world travel to partake in the fun that Miami is known for.

This is the US city that enjoys a Latin vibe thanks to the tremendous Cuban population. The retro buildings are painted in bright colors to pay homage to its heyday in the 1920’s-1950’s and they mix perfectly with the modern skyline that sprout up during the revitalization in the late 1980’s through the 2000’s.

Miami is well-known for its crystal-clear warm waters and white sand beaches, it is also well-known for its history, which at times has been rife with problems but overall it is a city that draws millions of people every year to revel it the vibe that is Miami.

Celebrities, super stars and average income people call Miami home. The same is true of travelers, wealthy travelers, and not so wealthy ones travel to one of the best-known cities in the world.

It is the economic and cultural center of south Florida a true international city with residents from around the world that call it home.

The cultural diversity adds to the flavor of Miami where you can find everything from authentic Cuban food to authentic Jewish food, beaches to world class nightclubs, yachts to little bass boats, Miami is an amazing place where there is a place for everyone.

It is designated an Alpha City, meaning it is a leading world city. The area was occupied by settlements long before the European explorers “discovered it”.

There is evidence that Native Americans inhabited the area as early as 500-600 BC as evidenced by the remnants of a village uncovered at the mouth of the Miami River.

Miami has a tropical climate which means the humidity can get high and there is a definite rainy season from June to October but like all tropical climates, the rain will come and go quickly, and the sun will return.

There is a lot more to Miami than just beautiful beaches, although for most that is enough. The city is a bustling epi center of international trade and commerce. It is a major television center, it has corporate entities from around the globe.

Miami is nicknamed “The Magic City” because of its incredible growth and ability to consistently rebound after recessions and other events.

It is a magical place to view. Miami is home to the 2nd largest performing arts center in the US behind the Lincoln Center in NYC. Adrienne Arsht Center for the Performing Arts.

Miami is a cosmopolitan city that is modern and caters to a wide range of interests. Museums, theaters, great restaurants, shopping, luxury brand boutiques and more dot the city streets. It is stunning to view at night when all the skyscrapers are lit up and fun to travel around any time of the day or night.

Port Miami is one of the busiest ports in the US where much of the goods from south America come in. It is a huge port of entry that sees thousands of freighters unload each month and drop their goods.

The city is frequently used as the backdrop in music videos, films and television shows. It has been immortalized in song lyrics and hosts some of the best entertainment industry parties anywhere.

Miami is a great international city that has so much to offer tourists and now you can see what is happening in Miami with our live web cams!

Population: 500,000 full time residents make Miami home, but many celebrities have homes in Miami that they occupy at least part of the time.

Main Attractions: there is an extensive list of things to do in Miami including viewing the art deco buildings, Adrienne Arsht Center for the Performing Arts, museums, shopping, the beaches, the nightlife the world-renowned dining and more!